What do you get when you combine modern technology with old-style politics? Hillary's wrath, that's what.

News that top aides to Hillary Clinton used a computer spreadsheet to compile a "hit list" of disloyal Democrats after her devastating loss to Barack Obama in the party's 2008 presidential primaries is more proof that what used to be an art is turning into a science.

Politicians have always rewarded friends and punished enemies, as the spiteful Bridgegate scandal engulfing New Jersey Governor Chris Christie now reminds us. But evaluating loyalty and disloyalty used to be an entirely subjective exercise that required endless mental acrobatics and was rendered fallible by lapses in memory, blurred emotions and information overload.

The era of Big Data is changing all that. And none too soon for the Clintons, as Hillary keeps her options open for 2016. When you've crossed and been crossed by so many people in 35 years of bare-knuckle politics, it's naturally hard to keep track of all the slights. What better than a computer scorecard that replaces the old mental tally of friends and enemies?

According to a new book by two well-regarded White House correspondents – Politico's Jonathan Allen and Amie Parnes of The Hill – Ms. Clinton's aides assigned scores between 1 (most loyal) and 7 (most disloyal) to each Democratic member of Congress and pumped the data into a Microsoft Excel spreadsheet. The result was an instant loyalty ranking that would inform Ms. Clinton and husband Bill's future interactions with fellow Democrats on the list.

Endorsing Mr. Obama for the nomination did not mean you scored an automatic 7 if you had a reasonable excuse, such as being black or from Illinois. Similarly, endorsing Ms. Clinton did not mean you got a 1 if you "didn't go the extra mile" for her or were "just kind of there." The 7 rankings were reserved for those who "endorsed him but really should have been with her … that burned her," one member of the Clinton team told Mr. Allen and Ms. Parnes.

"The data project ensured that the acts of the sinners and saints would never be forgotten," the authors write in the forthcoming HRC: State Secrets and the Rebirth of Hillary Clinton.

Still, we shudder at the thought of what goes on in Stephen Harper's PMO, where citizens and stakeholder groups with legitimate claims to shaping policy are divided into friends and enemies. We can only hope that news of Ms. Clinton's scorecard doesn't give Mr. Harper's aides any ideas.

Not that the Conservatives need any help, really. The party's Constituent Information Management System (CIMS) is considered the most advanced political database in the country, compiling records on millions of Canadians. The Conservatives split Canadians into potential donors or suspected opponents. Desired friends get Christmas or Rosh Hashanah cards. Misuse of Conservative lists in 2011 led to some voters considered unfriendly getting robocalls misinforming them about changes to polling locations – a tactic that backfired, thankfully. For better or worse, the CIMS drives strategy.

In her book Shopping for Votes, the Toronto Star's Susan Delacourt describes the unsettling transformation of Canadian politics into a game dominated by computer geeks who pump vast amounts of our personal information into party databases to determine whether we're naughty or nice. The Tories aren't alone. Justin Trudeau's Liberals are determined to outdo their rivals in data collection by the 2015 election, and the New Democrats aren't that far behind.

The catalyst for this kind of data-driven politics, of course, was Mr. Obama's successful 2008 campaign against Ms. Clinton and his subsequent presidential election wins. Mr. Obama's campaigns upped the stakes for aspiring politicians everywhere. Forget about the metadata collected by the National Security Agency or Communications Security Establishment Canada – political parties are spying on us way more than the actual spies, constrained by law, ever could.

As NBC News reported last year, "anybody who contacted the [Obama] campaign through Facebook had their friends and "likes" downloaded. If they contacted the campaign website through mobile apps, cellphone numbers and address books were downloaded. Computer 'cookies' captured Web browsing and online spending habits."

It used to be that parties used hard copies of the official voters list to identify supporters and ensure they got to the polls. The lists were put in a drawer after Election Day and everyone moved on. Now, party databases are real-time scorecards of voter loyalty that feed what has become permanent election campaigns. How easy and tempting it must be, then, for those in power to abuse it.

"We are intensely aware that we are and must be the government of all Canadians, including those that did not vote for us," Mr. Harper said on election night in 2011. We want to believe that's true. But from the Clintons to the Conservatives, Big Data isn't just making politics more scientific – it's making it meaner. 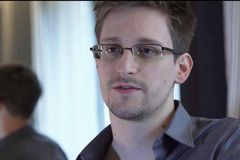 Opinion
At least government doesn’t collect data to sell us stuff
May 11, 2018

Opinion
Government spying? Fear for yourself
May 11, 2018