Late last year, science journalist John Bohannon, in concert with a team of German documentary filmmakers, set out to, as he put it, "reveal the corruption of the diet research-media complex."

First, they published the results of a study that purported to show that people on a low-carb diet lost weight 10 per cent more quickly if they ate a bar of dark chocolate daily. Then they sat back to see who took the bait.

Last week, Mr. Bohannon revealed the fraud/prank in an online piece entitled "I Fooled Millions Into Thinking Chocolate Helps Weight Loss. Here's How." The short version of the tale is that an actual study was conducted, but it involved only 15 people, so it was "under-powered" – the results were statistically meaningless. The study was also published, in a bogus journal, the International Archives of Medicine, one of many that will publish anything for cash. (Previously, Mr. Bohannon exposed this scam by submitting nonsense research and getting it published.)

Mr. Bohannon created a fake identity for himself – Johannes Bohannon, PhD, research director of the Institute of Diet and Health – and issued a press release on Newswise, a service to which about 5,000 journalists subscribe. Then he sat back and waited to "exploit journalists's incredible laziness."

The first media outlet to publish the "news" was the German magazine Bild, under the headline "Slim By Chocolate!" Several others followed, all without doing the most rudimentary checking, such as asking how many people were in the study, if the results were credible and if the Institute of Diet and Health actually existed.

All told, 17 media outlets ran the "chocolate will help you lose weight" story. This is a far cry from Mr. Bohannon's claim that millions were fooled; for someone claiming that journalists should rigorously analyze numbers, he plays pretty fast and loose with his numbers.

No matter. The real question is: What purpose did the exercise actually serve?

Gary Schwitzer is founder of HealthNewsReview.org, an independent organization that reviews health journalism, press releases, marketing and advertising with the aim of helping consumers critically analyze messages. As he points out, "There are broad problems in the way science is communicated to the public."

That media outlets can be fooled by a well-organized fraud is not surprising. (Let's not forget that many more were fooled by fraudulent research about gay marriage published in the esteemed journal Science.)

We should expect some due diligence from media outlets, but to suggest that journalists should dig deep into the data of every press release that crosses their desk is unrealistic.

In an era when no one wants to pay for news and everyone is chasing online hits, you're going to get a lot of regurgitation of dubious claims, and the suggestion you should eat chocolate to lose weight is the least of it. Every time you log on to the Internet, the words caveat emptor should flash in bright red.

More than anything, the chocolate-is-slimming "scandal" reminds us that people have a seemingly unquenchable appetite for simple solutions to complex problems. Many are willing to satiate it, and they're not all lazy journalists.

People such as TV's Dr. Oz (who promotes raspberry ketones and green coffee beans for weight loss) and actress Gwyneth Paltrow (who embraces nonsense such as cleansing and the elimination diet) are immensely popular. They are products of our much-too-busy modern times, where we find succour in the simplicity of celebrity advice rather than science and its complexity.

Still, let's not forget that there is a lot of strong, accurate health and science journalism, and that most reporters don't fall for too-good-to-be-true claims.

Gotcha stunts such as the one mounted by Mr. Bohannon don't help. They just leave consumers more confused.

They would be much better served by thoughtful analyses about the complexities of nutrition, along with the shortcomings of its media coverage, which you can find in great Canadian books such as Timothy Caulfield's Is Gwyneth Paltrow Wrong About Everything? and Dr. Yoni Freedhoff's The Diet Fix.

The truth isn't always easy to digest. But when your health and nutrition news comes with a fake chocolate coating, it's bound to leave a bitter taste.

Psychotherapy: A better funding model must be found
May 26, 2015
Opinion
Let’s take bolder steps to stamp out smoking
May 19, 2015 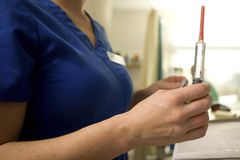