David Shribman is executive editor of the Pittsburgh Post-Gazette, and a Pulitzer Prize winner for coverage of U.S. politics.

That noise you are hearing cascading over the border from Fort Kent, Me., from Fort Huron, Mich., from St. Vincent, Minn., and from Antler, N.D., is the ripple of laughter. There and in the hundred or so other border towns Americans are chortling over the news that some Canadians are troubled at how long their federal election campaign will be: a whole 78 days, a bit more than 11 weeks.

Heck, most U.S. presidential campaigns are barely started in the first 11 weeks.

Take Republican Ted Cruz of Texas, for example. He began his presidential campaign more than 19 weeks ago. The Alberta-born senator is considered a serious contender for the White House, and he methodically used those 135 days – basically two months longer than the entire Canadian campaign – to build to the point where, in the most respected cumulative register of public opinion, he now actually commands the support of a full 6.7 per cent.

Then again, Mr. Cruz has another 188 days before the contest here in New Hampshire, the first primary of the 2016 presidential race. That distance – between today and the first primary – is almost two-and-a-half times as long as the entire Canadian campaign. And if Mr. Cruz wins his party's presidential nomination, his campaign will have lasted 596 days.

Not that, when it comes to political campaigns, size matters. There isn't a political professional in the United States who doesn't have election envy when contrasting the federal balloting in Canada this Oct. 19 with the federal balloting in the United States next Nov. 8 – even if Canada is undertaking its longest campaign period since 1872, when Sir John A. Macdonald retained power in the first general election that included Manitoba and British Columbia.

"Canadians don't know how lucky they are to have a short campaign," says Mr. Campion, who ran Walter Mondale's presidential campaign here in New Hampshire, and then returned for the Democratic campaigns of, among others, Michael Dukakis, Al Gore, John Kerry and Hillary Rodham Clinton. "It's a feat in itself to come out of an American presidential election without being hospitalized for exhaustion."

Right now – 188 days before the New Hampshire primary – the airwaves already are full of campaign advertisements underwritten by Ms. Clinton, Senator Lindsey Graham of South Carolina, Governor John Kasich of Ohio, and Governor Chris Christie of New Jersey. More, no doubt, will begin next week. To their great annoyance, New Hampshire residents are finding Internet political ads trailing them on their mobile devices while they visit the shore or take summer holidays in the lakes and mountains.

"I'm not answering the telephone until after next February," says Shaula Levinson of Portsmouth, N.H. "I'm already sick of the pollsters calling me up and asking me every evening whom I'm supporting."

Ms. Levinson's ennui grows out of the fact that this presidential campaign is about twice the average gestation period of an orangutan. The 2016 Canadian federal election will have a gestation period between that of a wolf (64 days) and a leopard (94 days). A mere nothing.

Not that U.S. political campaigns have always been this long. Senator John F. Kennedy of Massachusetts launched his 1960 campaign just after New Year's Day – only 66 days before the New Hampshire primary, which he won by a margin of more than three to one over senator Hubert Humphrey of Minnesota. Then again, Mr. Humphrey, who lost the 1968 general election to former vice-president Richard Nixon, didn't enter that year's campaign until April 27, too late for any primaries. He won the Democratic nomination after the assassination of Robert Kennedy threw the political world into upheaval.

But in ordinary years, U.S. presidential elections consume extraordinary amounts of time, with no apparent greater level of success or public approval than Canadians achieve in far shorter campaigns. Americans' reaction to the dropping of the writ of election in Canada this month was a mirthful mixture of expressions of jealousy, curiosity – and political heresy.

"The Canadians' 11-week-election is about the same duration as a full season of The Apprentice," says former New Hampshire attorney general Thomas Rath, who has been a principal adviser in this state to Republican candidates ranging from Bob Dole and Lamar Alexander to George W. Bush and Mitt Romney. "Truly, I thought Canadians had stronger stomachs than that."

Follow the money: Who’s funding whom in the U.S. presidential race
July 16, 2015 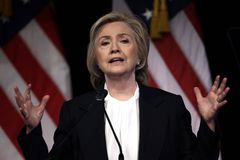