Derek H. Burney was Canada's ambassador to the United States from 1989-1993. He was directly involved in concluding negotiations of the free-trade agreement with the U.S. Fen Osler Hampson is a distinguished fellow and director of Global Security at the Centre for International Governance Innovation and Chancellor's Professor at Carleton University. They are the authors of Brave New Canada: Meeting the Challenge of a Changing World.

Canadians and our media have watched U.S. primary season with a mixture of incredulity, disbelief, horror and smugness. The conventional wisdom here, as well as among most American pundits, is that Donald Trump doesn't stand a chance of winning the presidency and that the Democrats will retake the White House under Hillary Clinton.

The problem is that the conventional wisdom has been consistently wrong since last June. Many thought Mr. Trump would implode during the Republican primary. He didn't. Many thought his reality-TV-show persona and foul-mouthed campaign style would eventually wear thin with voters. It hasn't. Many thought – and still do – that his lack of policy substance and multiple about-faces – if not downright contradictions – on hot-button issues like abortion, Muslims and Mexican migrants would doom his campaign with Americans, who generally tend to have a strong sense of fair play and public decorum. That, too, hasn't happened. Meanwhile the FBI investigation of Ms. Clinton's personal e-mail accounts is ongoing and Vice-President Joe Biden is back on TV stating that he would be the best candidate.

What many fail to recognize is that Donald Trump is rewriting the rules of American politics with his take-no-prisoners, earned-rather-than-paid media campaign for the U.S. presidency. He is riding a tidal wave of profound dissatisfaction among ordinary American voters (and not just aging, white, middle-aged males, for that matter) that is driven by a volatile mix of xenophobic nationalism, falling wages and living standards for the middle and lower classes, a yawning and ever-widening gap between rich and poor, and an acute sense that America under President Barack Obama has taken a backseat role in world affairs, has mismanaged major issues and is no longer the leading great power it once was.

Donald Trump understands the angry mood of America better than his Washington-based Republicans, which is why he is the last man standing. Only Democratic Senator Bernie Sanders rivals Mr. Trump with his intuitive grasp of America's state of mind and that is why he is giving Hillary Clinton such an unexpected run for her money.

America's political establishment, including those in the media, are widely seen as being out of touch and arrogant and self-serving, which is why Mr. Trump's "outsider" appeal has traction. If there were any lingering doubts, consider the extraordinary confession in the New York Times Magazine by Obama confidant, Deputy National Security Adviser Ben Rhodes. Mr. Rhodes openly bragged about lying about timelines in the Iranian nuclear deal to reporters while feeding their more inexperienced colleagues with stories to create, in his words, "an echo chamber" so that the public would support the deal. Talk about hubris! A just released Reuters online poll puts the race between Ms. Clinton and Mr. Trump as neck and neck. That is just one poll and a lot can happen between now and November. But Canadians and their government should nevertheless ready themselves for the possibility of a Trump presidency. Prudence is anticipating the worst before it happens and readying yourself for the consequences.

We should be deeply worried about Mr. Trump's threat to throw NAFTA into the dustbin. It is not a hollow one. We should also disabuse ourselves of the notion that Mr. Trump would treat Canada differently from Mexico. He won't, because he is a populist who is pandering to the public mood. Just look at what he said at a rally in Washington State a few days ago. Without actually naming Canada, Mr. Trump said he would put an end to lumber imports: "When we take their product, come on in folks, come on in. We're not going to do it."

Mr. Trump's threat to disband NATO because it is an "obsolete" Cold War relic on which allies, including Canada, are not carrying their share of the burden should also worry us. Mr. Trump has repeatedly said he won't defend "free riders." He certainly won't look kindly on Canada, which spends barely 1 per cent of GDP on defence compared to the 4 per cent the United States does, nor will he attach much credence to our views on global issues.

It is time for business interests on both sides of the Canada-U.S. border, which have benefited enormously from NAFTA, to rally and make their views known by actively countering the anti-free-trade, protectionist message of Mr. Trump and other presidential contenders like Mr. Sanders. It is also time for more than rhetoric to anchor our security.

Conventional thinking about this election has been consistently wrong and unexpected developments may still lie ahead, but Canadians and their government may also have to start thinking the unthinkable – a Trump presidency that shatters the most foundational element of our foreign policy, the way we have managed relations with the United States over the past 60-odd years. The values and interests we profess to share may not prove to be the most effective prescription. 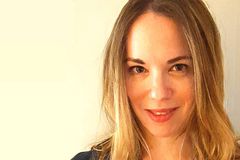