For Catholics around the world, there is no greater force for change than the views of a pope.

Pope Francis gets his first opportunity to shed light on what kind of papacy his will be when he takes his first trip abroad, to Brazil this week. This is a visit to watch, for it will not only reveal more about this new papacy, but it may also spark social and economic change in the region.

As an Argentine and the Cardinal Archbishop of Buenos Aires from 2001 until his election, Francis knows well the plight of millions of poor people in the region. He is a man with direct experience – from his own childhood in Buenos Aires – of the vast disparities of wealth and power that mark all the great cities of the world.

Like Rio de Janeiro and Sao Paulo, the site of recent street protests, Buenos Aires is one of the cities where the future of Catholicism in South America will be determined. Like all sprawling cities of the global South, they are home to slums of a kind shocking to those used to the genteel poverty of New York and London.

In Brazil at the moment, and especially in Rio and Sao Paulo, the protesters are concerned about governmental corruption and increases in the prices of basic commodities, certainly. But they're also concerned, as was the Occupy movement in the U.S., about the deep inequality. They're not (yet) calling for regime change, but they are declaring the unacceptability of the disparities they see and live with.

Francis is scheduled to spend almost his entire trip in Rio, and will visit Varginha, one of the city's extreme slums. Can he find a word to say to the poor of Rio, and through them to the poor of Brazil, the poor of South America and the poor of the world that will comfort and inspire them, and help mould them into a force for change? Can he find a way to speak to the Brazilian government and to the world in terms that show the unacceptability of the present state of things, and that set moving some deep, structural changes?

He has already given signs that he has a special concern for the poor. The papal name he took, that of Francis of Assisi, is among them. Francis was, among all the saints, the one who thought most about what poverty is, and about how it should and should not be embraced. Francis could speak from this position in such a way as to affirm the poor in their poverty while also showing how they, and their oppressors, might act to change things for the better.

And he could do this with a persuasive power possessed by no one else. Governments and state agencies, in Brazil as much as anywhere else, are compromised on these questions. They are perceived to be in the hands of elites, and what they say and do about this issue lacks moral conviction.

There is precedent: He could catalyze social and economic change about poverty in the global South in much the same way that John Paul II did in the 1980s about Soviet domination in Eastern Europe.

But there are problems. The Catholic Church in South America has, since the 1970s, first produced and then repudiated a theological movement – liberation theology – whose main concern was with the condition of the poor. And it has, from time to time, allied itself more strongly than was prudent with some of the more oppressive political regimes in that part of the world.

Pope Francis will need to thread his way through the obstacles produced by this history if he is to find his voice on these issues. I hope he can, and I hope that his visit to Brazil will show him speaking with clarity and passion about them.

Paul Griffiths is the Warren Professor of Catholic Theology at Duke Divinity School.

Opinion
How Brazil’s protests exposed the weakness of its political leadership
July 12, 2013 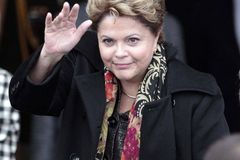 Opinion
Pope Francis has humanized the Office of Peter
July 1, 2013