It's been hard to tell, in recent weeks, whether the Parti Québécois has been holding a leadership race or a wake. The lacklustre candidates seeking to replace the unlamented Pierre Karl Péladeau seem to have been straining to keep their chins up in the face of their own irrelevance.

This is as joyless as picking a new leader gets. Long gone are the days when the PQ rank-and-file held powwows to fantasize about the new country they wanted to create. Now, they only fight over the timing of a future sovereignty referendum that most Quebeckers don't want, anyway.

Only one of five declared leadership candidates promises to hold a plebiscite on sovereignty during the first mandate of a future PQ government. The two favourites are non-committal. Jean-François Lisée, the dark horse candidate who could yet surprise everyone, has argued that promising to hold a referendum during a first PQ term would be suicidal for the party.

That, however, was before Britain voted last week to leave the European Union, suddenly giving Quebec sovereigntists a reason to hope theirs is not such a lost cause, after all.

When the late PQ premier Jacques Parizeau blamed the separatist side's narrow 1995 referendum loss on "money and ethnic votes" he was excoriated for fanning the flames of xenophobia. But few found fault with his critique of the economic elites who lined up to warn of Armageddon in the event of a "Yes" victory. The near-unanimous view among economists and business leaders that sovereignty would cost Quebeckers dearly scared many of them into voting "No." The business establishment has always been the bane of Quebec sovereigntists. Yet, if the Brexit vote shows anything, it is that elite opinion no longer carries the weight it once did. Public confidence in experts and institutions is on the decline everywhere, and all those tedious warnings from the British business establishment might just be what pushed the Leave side over the top.

"During the next referendum in Scotland, the next step toward independence in Catalonia and our next collective decision in Quebec, we'll experience the same scenario," Mr. Lisée wrote on his Facebook page on Friday. "Political forces in favour of the status quo will call for unity, financial institutions will multiply catastrophic predictions in the case of independence victory. Then, if we say 'Yes' with even a small majority, we'll see from these same political and economic actors an acceptance of the result and a will to minimize the risks during the transition."

Quebec sovereigntists have always counted on events – internal and external – to kick-start the winning conditions for a successful referendum. History came close to co-operating with them after the failure of the Meech Lake and Charlottetown constitutional accords in the early 1990s. The short-lived PQ government of Pauline Marois hoped a similar backlash in the rest of Canada over its Charter of Quebec Values might make Quebeckers indignant enough to vote "Yes." Instead, it learned just how allergic they had become to that kind of corrosive identity politics.

Still, the PQ wouldn't exist at all were it not for the fact that, within the heart of almost every francophone Quebecker, there lies a soft spot for the sovereigntist cause. Like all human sentiments, it can be repressed or cultivated depending on the circumstances. A post-Brexit world that provides an impetus to breakaway movements across Europe can only help the PQ.

The last Quebec referendum was held just as the European Monetary Union was taking root and Canada, the United States and Mexico were implementing the North American free-trade agreement. Quebec sovereigntists seemed to be paddling against the current of history, which tended toward the erasing of borders and emergence of postnational identities.

Brexit changes everything. It will hasten another Scottish independence vote and vastly improve the odds of a separatist victory this time. It will make it nearly impossible for other European countries to resist demands for their own in-or-out referendum on membership in the EU. It will push Spain further toward constitutional breakdown as an emboldened Catalonia defies Madrid.

Moreover, Brexit redefines the terms of engagement in favour of separatists everywhere. No matter what the Supreme Court of Canada has to say about the matter, in the court of public opinion, the threshold of support required for a successful democratic referendum is 50 per cent of the votes plus one – in Catalonia, Scotland, Quebec or anywhere else that holds one.

Quebec separatists suddenly have a reason to love the Union Jack. 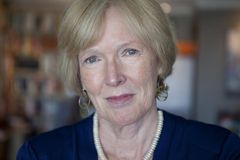 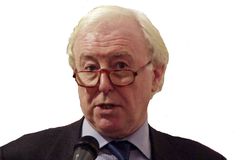