Sidrah Ahmad and Farrah Khan
Contributed to The Globe and Mail
Published June 10, 2016 Updated May 16, 2018

Sidrah Ahmad is a community-based educator and writer based in Toronto. Farrah Khan is the sexual violence support and education coordinator at Ryerson University

But he's such a nice guy.

All too often, this is the response many survivors of sexual violence hear when they disclose that someone has harmed them. While Canada has recognized sexual violence as a criminal act for decades, rape myths still influence our understanding of who perpetrates these crimes. Too often, violence committed by the perpetrator is minimized, the survivor is blamed and or shamed, and the rape is constructed as one big misunderstanding. It's shrugged off as campus culture or a regrettable evening. But seeking justice around sexual violence means challenging victim-blaming myths as well as notions of who constitutes an abuser.

The Brock Turner rape trial demonstrated that dangerous rape myths are entrenched in media reporting and the judicial system. His mug shot was only released after the trial had concluded. During the trial, multiple media outlets used a photo of him as a well-groomed athlete, framing him as the All American swimmer or Stanford athlete. These reports downplayed his horrific actions and focused on his achievements – and what a conviction would mean to his polished reputation. That smiling photo, and the absence of his mug shot, shaped the public discourse away from the victim's rights and justice to how the crime might affect a rapist's supposedly bright future.

And yet, the shiny image of Brock Turner should remind us all to put to rest the dangerous idea that rapists cannot be privileged white men.

The people we construct as predators tells us about racism, classism and the long-held view that outsiders are always a threat. Whether it is migrants, black men, indigenous people or transgender people, myths about perpetrators are built on oppressive stereotypes. According to the judge in Turner's case: "A prison sentence would have a severe impact on him. I think he will not be a danger to others." The myth here that, somehow, a man convicted of three sexual-assault felonies would not be a danger to society was upheld in a court, as the judge excused the harmful actions of an upper-class white criminal.

It is easier to believe that people who cause harm, who commit acts of sexual violence, are seedy criminals. Not the nice guys, the wealthy guys or our co-workers, friends and classmates.

What's more – and this is the part that our society still seems to be greatly conflicted over – the person who causes harm may have a good reputation in the community and a long list of accomplishments. In fact, some rapists go out of their way to cultivate a polished public persona because they know it will enable them to cover up their offences. When we cling to myths of who a rapist can and can't be, it makes us discount and doubt survivors who disclose sexual assaults that were perpetrated by someone thought of as good or accomplished – a person of status.

The sexual violence committed by Brock Turner cannot be undone. But the bias of the criminal justice system and community reactions do not have to be repeated. We can move closer to a world where healing and justice are possible for all.

Stanford University on defensive over efforts to deter sexual assault
May 16, 2018 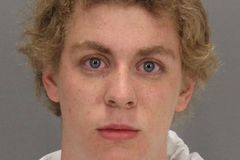