The budget federal Finance Minister Bill Morneau delivered on Tuesday confirmed that federal deficits – far from disappearing in two years, as the 2015 Liberal election platform promised – will continue indefinitely. Economists argue that with the economy on a roll and unemployment at record lows, Ottawa should be in surplus. But that critique misses a key point. Mr. Morneau and his colleagues could easily have pursued the path toward surplus outlined in the platform. They made a deliberate decision not to. Deficits, and the overspending that creates them, are signature policies for this government.

For those of us used to debating federal fiscal priorities in terms of tempering booms and busts, keeping interest costs manageable or treating the next generation fairly, a government that treats deficits as good in themselves is disconcerting. We usually think of deficits as unfortunate byproducts of problems such as recessions, spiking interest rates or emergencies – bugs in a program of sound fiscal policy.

But what if a government sees deficits as a "wedge issue" – signalling their virtue to "progressive" voters? What if the strategists in the PMO see deficits not as bugs, but as a defining feature of their approach? For the foreseeable future, Ottawa will add to its debt, reducing its flexibility to handle a slump, boosting its interest costs and absorbing savings that could otherwise have financed productive investment. What could Canadians gain that would be worth those costs?

One answer implied in the election platform was infrastructure. But the impression that promise created – borrowing to finance capital projects – was misleading. When Ottawa issues bonds to build roads, bridges, ports, rails and so on, it creates assets that offset the borrowing. No increase in net debt; no deficit. Moreover, the infrastructure money we have heard so much about has so far generated almost no new construction. No benefit from red ink on that front.

Another acute concern for investors and businesses, especially since the beginning of the year, is competitiveness. The United States was already threatening Canada's attractiveness as a place to make things by undermining NAFTA. Now its tax reforms have reversed Canada's previous edge as a destination for new investments and a place to earn income. Ottawa could have used some of the fiscal room its political desire for deficits has created to lower tax rates or offer faster write-offs of capital spending. But the 2018 budget did nothing there.

Speaking of trade and competitiveness, the government could have responded to pressures from the United States and abroad with other measures. Such as cutting tariffs that hurt businesses and consumers that use imports. Or compensating farmers who will lose protection for dairy and other supply-managed products. Or raising the thresholds that make our personal income taxes so unattractive to entrepreneurs. Or removing impediments to middle-class Canadians who – unlike federal MPs and public servants with their rich pension plans – struggle to save and achieve secure retirements. No, no, no – and, again, no.

Granted, the government could point to elements in the 2018 budget that offer long-term payoffs. Increased research grants, supports for women's participation in the work force and entrepreneurship, assistance to Indigenous Canadians – even the now almost-complete reversal of last summer's tax hit on small business. But these have annual costs in the millions, not the billions by which federal borrowing now exceeds the platform commitments.

One of the most disconcerting elements in the 2018 budget was a huge increase in the cost of the federal government's own operations. It showed operating costs of $95.6-billion in fiscal 2018 – more than 8 per cent higher than projected last year, and up 16 per cent from two years ago. There are one-time factors behind this increase, but one-time boosts in federal employee costs have become regular occurrences.

If the government's red ink reflects little investment in the future, and much consumption – especially wages and pensions for federal employees – we are back to the familiar arguments against deficits. They do nothing to help an already robust economy. They build up debt Canadians will have to service at the expense of other programs and higher taxes. And they reduce the wealth we would otherwise pass on to our children and grandchildren.

To a government intent on sending a particular political signal, deficits may be a feature. But for people concerned about the future of Canada's economy and Canadian living standards, they are a bug. 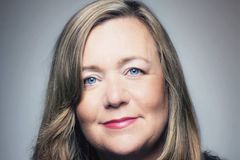 Globe editorial: Morneau's budget misses the point by not responding to Trump
February 27, 2018 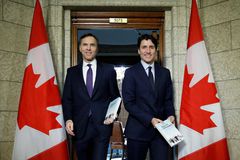