The federal government promised great things in the budget. But to deliver on those promises, it needs the co-operation of the provinces. While the federal government can pledge support, the provinces (and their creatures, the municipalities) have constitutional responsibility for many of the programs Canadians care about the most, such as health care, education, social services, and most infrastructure. Thus the real impact of the federal budget will depend crucially upon how provinces react to it.

Yet the provinces are on the edge of serious fiscal trouble.

Provincial debt is in danger of becoming an intractable problem. A common measure of the sustainability of government finances is the net debt-to-GDP ratio. Yesterday's budget projected the ratio of federal debt to GDP will be 31 per cent in 2015-16. That is lower than the provincial debt-to-GDP ratio that Ontario will have this year; than Quebec will have; than every other province east of Saskatchewan is expected to have.

Not only do provinces have significant debts, it is hard to see how they will pay them down. Controlling cost escalation is hard enough; actually reducing costs, in an era of population aging and increased inequality, is near impossible. So what's a province to do?

A province could raise its tax rates. But any province that tries to tax its way out of debt risks erosion of its tax base. People – or at least people's businesses and trusts – can and do move across Canada in quest of lower tax rates.

Increased federal generosity might provide opportunities for improving provincial finances. If the federal government is putting money in, the provinces might be able to take money out. Yet, when I reviewed the budget document, I was surprised by the absence of any big gifts for the provinces. I should not have been.

The Liberal Party believes in the federal government's ability to do things. Liberal (federal) governments have long been reluctant to make unconditional transfers to the provinces. Think, for example, of the 1984 Canada Health Act. This Liberal legislation created criteria that provincial health care systems must meet to receive federal funding: universal, comprehensive coverage, public administration, and so on. In keeping with that tradition, Budget 2016 delivers a few targeted expenditures on things the federal government thinks are important – or make for good press coverage – heart health for women, men's health, and electronic health care, for example. But any serious money for the provinces will be subject to negotiation: a new health accord and, in 2019, a revised equalization formula.

The Liberal Party also believes in targeted benefits to those in need. This is evidenced by the fact that the single biggest-ticket item in this year's budget was the Canada Child Benefit (CCB), which will deliver an additional $4.5-billion next year alone to families with children. Yet the CCB brings with it with it a little sting for provincial governments. They will lose revenue when the (taxable) Universal Child Care Benefit is replaced with the (non-taxable) CCB. But it provides an opportunity as well. The CCB will increase the support available to a two-child family with no other source of income by almost $2,000 a year. It would be mean-spirited of provinces to claw back the CCB by cutting back social-assistance payments, and I would not expect them to do so. For one thing, there are just not enough families with children on social assistance to make it worthwhile. Yet, at the same time, the CCB will take some pressure off the provinces, and give them room to slow the growth of their social-assistance caseloads. The increased Guaranteed Income Supplement for single seniors will likewise ease pressure on provinces slightly.

Two of Prime Minister Justin Trudeau's key advisers, Gerald Butts and Katie Telford, cut their teeth in the Ontario Liberal government. They must be aware of how difficult things are for the provinces right now. So what were they thinking?

There are two ways to shrink the federal and provincial debt-to-GDP ratios. The first is to shrink the debts. The second is to grow the GDPs. This government is betting on the latter: that increased spending on infrastructure, training, innovation and so on will have long-term benefits for economic growth. Let's hope, for the sake of all Canadians, that their bet pays off. 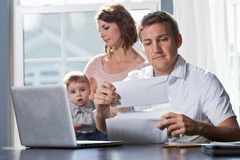 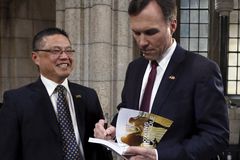 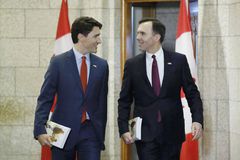 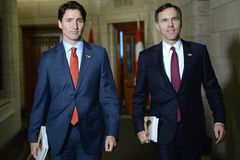