The boxy red-brick building on Metcalfe Street looks more like a medium-security prison than an embassy, and its air of menace extends beyond its architectural design and impenetrable gates.

Iranian Canadians have long believed that Tehran's outpost in Ottawa is used to spy on their activities, in less than subtle ways, and occasionally to send intimidating messages to expats.

That sort of subterfuge, if it got out of hand, might have been a good reason to expel Iran's ambassador to Canada. Likewise, the torture killing of Canadian-Iranian photographer Zahra Kazemi in 2003 and its subsequent cover-up were good reasons to withdraw Canada's ambassador from Tehran.

But those were not the sorts of reasons given by Foreign Affairs Minister John Baird on Friday when he tried to explain the extraordinary step he had just taken of cutting diplomatic relations with Iran, closing Canada's embassy in Tehran and expelling Iran's diplomatic staff from Ottawa.

Instead, Mr. Baird said, at some length, that Canada simply does not like Iran. The Islamic Republic supports Syrian dictator Bashar al-Assad in his brutal crackdown against rebels. It continues to be dishonest with the International Atomic Energy Agency about its nuclear programs. It backs dangerous organizations, including terrorist groups, in Lebanon and Afghanistan. Its loudmouth president, Mahmoud Ahmadinejad, often rails against Israel and Jews and doesn't treat leaders and diplomats with respect.

Mr. Baird even went so far as to claim that the current government of Iran is "the most significant threat to global peace and security in the world today." Even if that were true, it would not be a reason to sever diplomatic ties – in fact, it would be a very good reason to maintain them.

Closing an embassy is rarely done even in moments of hostility. By its very nature, it prevents the possibility of further relations with the country in question, good or bad, influential or ineffective. Messages of protest, off-record moves to quell an eruption, clandestine efforts to build relations with reformists within the regime – all of these options are no longer possible. Once you've pulled the plug, you're out of the game.

Libya's embassy in Ottawa was more menacing than Iran's has ever been – it employed goons in Moammar Gadhafi's intelligence agency to infiltrate visiting students, follow them daily, and sometimes threaten to kill their families.

Even after Libyan embassies in other countries had fallen to anti-Gadhafi rebels last year, the Ottawa mission remained firmly loyal to the dictator. Yet, Prime Minister Stephen Harper didn't order it closed until August of 2011, after Canada and its NATO partners had been at war with Libya for months. Up to that point, it made sense to maintain the embassy: It was a vital channel to the regime.

Iran is a deeply troubled country controlled by a religious dictatorship and an elected president who have little respect for international agreements. Yet, these are matters of diplomacy, negotiation and sanctions – and Iran's leadership is factional and fragmented and very likely rejected by a majority of the public, so has genuine potential for movement.

There's no imminent risk. U.S. intelligence agencies and Israel's military chief, Benny Gantz, have said recently they believe Iran is not pursuing nuclear weapons. There's no suggestion of any Iranian military attack against any other country at the moment. The Iranian menace is all politics and potential.

The crucial milestone in Iran is not the acquisition of nuclear weapons – which, even if they began pursuing them, would be years away. It's the June 14, 2013, presidential election – which could repeat the crackdowns, reprisals and fraud of the 2009 vote, but also have real potential for leadership change. (Mr. Ahmadinejad, facing a term limit, will not be running.)

Sanctions have the power to sway that vote. So do diplomatic acts. Canada has now abandoned such possibilities.

"This is the first time in decades that a Canadian prime minister, Liberal or Conservative, appears to be advocating approaches that reduce diplomatic opportunities for peace during an international crisis," Canada's last full ambassador to Tehran, John Mundy, wrote on this page this year when Stephen Harper began talking about abandoning negotiations. We now have another unfortunate first. The Prime Minister ought to listen to his diplomats. 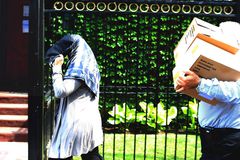 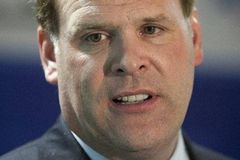