The best thing that might come out of Bill C-51, the government's proposed new anti-terrorism legislation, will not be the bill itself, certainly not if it passes through the House of Commons and Senate un-amended.

The best thing might be an affirmation that Canadians care about finding the right balance between security and democratic rights, including privacy rights. Achieving that balance is no easy matter, given the complexity and pace of change of security threats, and the modern Pandora's box of surveillance capabilities represented by what officials benignly define as the security "toolkit."

High levels of official secrecy hamper the debate. Some 14 years after the Sept. 11 attacks and the original passage of Canada's first anti-terrorism legislation, we now are busy adding layers to what has become a dense legal foundation, compounding the problem of knowing whether our laws protect us or might imperil us.

It is, simply, hard to know what security and intelligence agencies might need to meet threats, hard to know how newly-minted capabilities might actually be used in the future, and hard to know what their impact on rights and freedoms might actually be. Maybe the impact will be less than feared and the security-rights balance that we worked so hard to create after 9/11 will be fine. Maybe not. Because of the unknowns, there have been many calls for matching new powers with catch-up provisions for strengthened accountability. Concerns on this front have been expressed, in an unprecedented way, by four former prime ministers; Canada has even been called out by none other than Edward Snowden, the NSA whistleblower, as having one of the weakest intelligence oversight systems in the Western world.

Strengthened accountability may well be our best bet to ensure that new security powers are balanced against rights protections. Our current intelligence and security accountability system, operating both within government and externally, is decrepit, and has fallen hard from its glory days in the 1980s and early 1990s, when Canada was seen as a democratic leader.

The biggest missing piece in the accountability system remains the absence of a dedicated Parliamentary capacity to scrutinize the security and intelligence functions of government. Polling data suggests that a majority of Canadians continue to support Bill C-51 (though the support levels are falling from the initial highs), but at the same time wish to see greater accountability. The drums are now beating louder on the need for Parliament to step up; very unlike the disinterest that met a private members bill (C-622) in the House last Fall that proposed an Intelligence and Security Committee of Parliament, with full details on how it would operate. A government majority quickly quashed that effort; and we have reached a stalemate in the political debate over accountability that has accompanied the controversies over Bill C-51. The Government has insisted there is no need for change; the Opposition parties have insisted there is.

Here is the silver lining: for the first time in Canadian history the electorate might get to have a say, come next October and 'Election 2015,' on what kind of accountability system it wants to ensure the security-rights balance.

Opening up the security-rights conundrum, as Bill C-51 has done, also might allow Canadians to have a proper debate about the nature of security threats themselves, a debate conducted in an atmosphere touched by fears of increasing jihadist terrorist violence, but still removed from crisis or emergency. The push-back on Bill C-51 from many critical voices concerned about its impacts on rights, needs to meet, in future, a push-back on definitions of threats to our security. It is now a decade since a Canadian government issued a National Security Strategy. Bill C-51 might mean that the time is nigh to try our hand at a genuine revision, not least because the world has changed since 2004. Not only do we now live in a post-al-Qaeda age, but we should be increasingly preoccupied by such threats as hydra-headed cyber "aggression," (including such nasties as cyber espionage, cyber covert operations, cyber crime), something that barely got a mention in 2004. The current government will not offer up a new National Security Strategy willingly, but there is an election coming up and the high ground is there to be seized by any of our contending political parties.

National security election platforms, staking out positions on the security-rights balance and on new visions of security threats, might seem like a bold prediction for Election 2015. But what we are seeing amidst the drama of Bill C-51 is the emergence of American-style manoeuvring on the part of political parties to be seen as tough on national security and strong on rights, and to show up their rivals as weak. 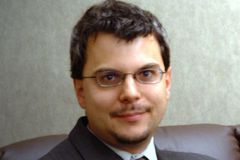 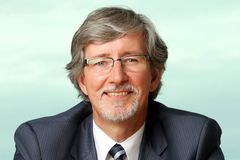