In an effort to force Canada's telecom companies to declutter their "skinny basic" cable packages, the Canadian Radio-television and Telecommunications Commission (CRTC) recently announced that instead of the standard, seven-year licence, cable companies will receive a one-year renewal.

Given that cable delivery of TV is being disrupted by Internet delivery – what's known as "over-the-top" content – could the "skinny licence renewal" be a big, fat diversion from more fundamental reasons for a one-year licence? Big disruptions tend to progress exponentially, not linearly, meaning their impact doubles every year or so. As often observed about transformative change, it happens very slowly, then all at once. In this climate, renewing TV licences for seven years could be like renewing for 128 (seven doublings of one).

Related: Pick-and-pay TV: We create some typical viewers and evaluate if it's worth it

Here are seven speculations about what issues might be at play in the one-year renewal, and why the CRTC might just be offering a policy version of a red herring:

Disruption: Seven years ago there was no Netflix in Canada. Today, the streaming service has more than five million Canadian subscribers. Five companies – Amazon, HBO, Hulu, Netflix and YouTube – control half the delivery via the Internet; we're zooming toward global online content delivery. Amazon Prime is launching at any moment in Canada. HBO and Hulu may follow as soon as content rights agreements with our linear broadcasters expire.

Cordless acceleration: Seven years ago, cable penetration in Canada was 90 per cent. Cord-cutting is accelerating, and almost 25 per cent of new homes are cable-free. TVs connected to a wall seem like typewriters. Consumers eventually won't want cable – at any price.

Policy crisis: While the shift to over-the-top content is a thrilling form of creative destruction in the United States, it disrupts Canada's TV policy to its foundation. Canadian content is tied to two dying businesses – cable and broadcast – not the newer delivery technologies of broadband and wireless, which are growing by double digits. More fundamentally, digital distribution, by vanquishing national boundaries, has eliminated the entire purpose of Canada's TV policy framework, which was to compensate for a small national audience. The upside? Global attention is now ours to capture.

Why handicap Canada's content makers?: Globally, content demand is booming and audiences are increasing, but so is competition for attention. Our content makers can only afford partners who are in it to win it. Why tie the fate of Canadian creators for seven long years to broadcasters who make content only as a licence obligation and don't really care about winning the battle for attention? Our risk-taking content makers deserve updated policies. Many countries have already moved to producer-access, platform-agnostic frameworks. For linear broadcast and cable, it may be the worst of times. For content makers, it could be the best ever. By 2020, the content marketplace will grow to more than seven billion consumers.

Why reward a lack of innovation?: Software is eating the world – so why can't it eat TV already? Consumers don't care how shows get to their screens, so why can't broadcasters invent over-the-top software. Better still, offer the opposite of skinny basic: all-access. And make it fast and easy, similar to the Internet. Hollywood already sounded the alarm on this crisis, which it calls discoverability. I call it the remote. If not solved ASAP, linear TV is finished.

Could one-year licence renewals be a litmus test of demand?: At the least, fixing skinny basic might reveal what consumers really want.

Unfinished business: The Department of Canadian Heritage consultation on Canadian content in a digital world looms in the background. With the goal of updating Canada's media for the digital era, Minister Mélanie Joly says everything is on the table – as it should be. The system needs no less than a massive transformative purpose.

What if Heritage decides to loosen national ownership rules to foster competition? This could lower our wireless prices and expose our telecoms to takeovers by global providers, who might shutter linear broadcasting. We would be wise to redesign our content framework first.

The CRTC made it clear in its 2015 Let's Talk TV decisions that it has pivoted from protecting antiquated business models to serving Canadian consumers. It's not hard to imagine that broadcasters are being put on hold for a year while historic changes are being considered. 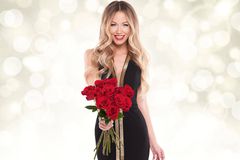