The fleeting entertainment we may experience at seeing animals perform tricks isn't worth forcing them to endure suffering, and even death. I predict that rodeo events will be the next spectacle of suffering to become socially unacceptable.

The Calgary Stampede has become synonymous with the trauma and violence of rodeo events. Starting this weekend, rodeo competitors will face off in nine separate event categories, including calf roping, steer wrestling, bronco riding, and chuckwagon racing.

The details vary, but all rodeo events have a few common threads: Animals are goaded into running and bucking through fear and physical pain, they are often lassoed, wrestled or roped to the ground, and the unwilling animal participants experience significant suffering, injuries, and sometimes death.

Chuckwagon racing is by far the most deadly spectacle for animals, with multiple horses killed in the event nearly every year. In fact, more than half of the 94 animals killed in the Stampede since 1986 were horses forced to compete in chuckwagon races.

(This death figure merely scratches the surface; it doesn't include injuries, nor does it include animals killed in competitors' year-round rodeo practice sessions.)

But perhaps even worse than physical trauma is the terror these animals endure. Dictionaries define a "stampede" as a sudden rush of frightened or panicked animals, which is fitting. Cattle, calves, and horses are prey animals, conditioned to be nervous, flighty, and hyper-alert to protect themselves from predators.

According to renowned animal behaviourist Dr. Temple Grandin, fear is the most difficult emotion for these sensitive animals, and psychological suffering may be even more unbearable for them than physical pain.

Inflicting this pain and fear is arguably illegal. Alberta law prohibits causing distress to an animal, and there's little question that steers wrestled to the ground, baby calves who are brutally roped around the neck, and the horses who predictably die in chuckwagon races experience distress.

Yet the Calgary Humane Society, tasked with enforcing animal protection laws, has so far refused to lay charges even in the most extreme cases of abuse, injuries, and deaths in rodeo events. A competitor disqualified in 2015 for excessive horse whipping faced no legal sanction; nor were charges laid after a bull was repeatedly kicked in the head in 2013 to force him to perform.

You can bet that if cats and dogs were subjected to rodeo practices simply for our amusement, animal cruelty charges would be laid without delay.

The Stampede admitted last year that it's not proud of its record after four horses died in chuckwagon races, and event officials can no longer hide from the public's legitimate concerns.

In an apparent attempt at transparency and openness, the Stampede website now offers a section on animal welfare where people can ask questions. Many questioners are demanding to know how the Stampede can justify the fear, injury, and death it inflicts on animals for the sake of entertainment.

Rodeos are already banned in Canadian cities such as Vancouver and Surrey, and countries such as the U.K. and the Netherlands.

The Stampede tries to package up rodeo cruelty and abuse with sentimental appeals to fictional tradition, but rodeos mythologize a past that never existed. Chuckwagon racing isn't a heritage practice – it was invented by the Stampede in 1923 to add another entertainment item to the roster.

Many other events were fabricated by the rodeo circuit and have little bearing on real-life western heritage activities.

But even if they did, tradition is never an excuse to glorify present-day cruelty.

The truth is that rodeo events won't be missed if they disappear from the Stampede.

The tides of compassion are rising, and there is a growing sense of inevitability around the end of using animals for our own entertainment.

The only remaining question is whether the Stampede will do away with rodeo acts voluntarily, or cling to cruelty until the public, the courts, or legislators demand that rodeos join elephant acts and orca shows in the pages of our history books. 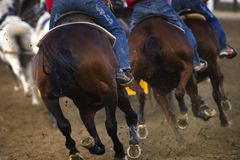 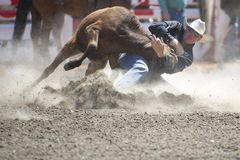 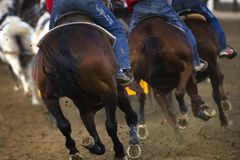 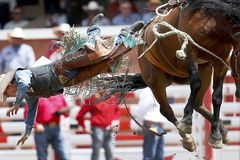 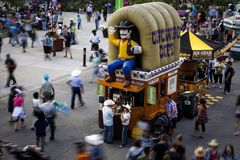 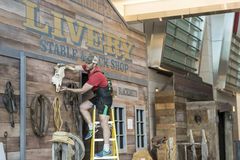