After any airliner crash, the first things investigators look for are the flight recorders. They want to know what happened in the cockpit. Now the federal government is trying to put video recorders into freight trains. Their plan might be derailed.

The cameras are not a new idea. The Transportation Safety Board (TSB), which investigates accidents, has been recommending voice recorders on locomotives since 2003, and video recorders since 2013. And for good reason.

Now, a measure to put cameras into locomotives is before the Senate, tucked inside an omnibus transportation bill. And it has been the subject of intense lobbying, mostly out of the public eye.

Rail workers don't like the idea of cameras watching them. Their unions fear that, although the law states the recordings could only be used for safety investigations or compliance, they will be used to monitor and discipline employees. Some rail workers think railways have a 19th-century approach to employee relations, so they'd rather not add 21st-century surveillance.

The Teamsters are campaigning against it. Unifor, Canada's largest private-sector union, took out an ad in the Parliament Hill paper The Hill Times. Hassan Yussuf, president of the Canadian Labour Congress, has personally lobbied senators. Senator Terry Mercer remarked in the Red Chamber he hadn't seen so many visits, calls and letters about a transport bill "since – well, forever."

Lobby campaigns are typically directed at the government, or the minister, or MPs. But this bill has passed the Commons, and nowadays the Senate represents a potential last-gasp opportunity to stop legislation. A few years ago, senators usually followed party lines, and rarely blocked bills. But since Prime Minister Justin Trudeau expelled Liberal senators from his caucus and now names only independents, the Red Chamber is full of free agents. They amend bills quite often.

Senator Michael MacDonald, a Conservative on the Senate Transport Committee, said he's not swayed by labour lobbying, but his father was a rank-and-file union member, and he understands concerns about intrusiveness. "Everybody forgets that the most vulnerable minority of all is the individual," he said. Other senators have expressed similar qualms.

But it would be dangerous to ignore the fact that locomotives are one of the rare places where cameras belong.

To see why, senators might look at the TSB's report on an incident in Toronto in August, 2016, when a two-locomotive train missed a signal and collided with the tail end of a 26-car freight train, causing six cars to derail and the release of 2,500 litres of fuel.

The appendix details 13 other similar occurrences the TSB investigated since 1998, including a 2012 Via Rail derailment in Burlington, Ont., when a train went into a switch at more than four times the authorized speed, killing the three-person crew and injuring 45.

Incidents in which rail signals are missed or misread have occurred many times, chalked up to vague human error. The TSB first recommended voice recorders after an incident in which all three crew members insisted they'd seen a "clear" signal, when instruments showed the train had been signalled to prepare to stop. The TSB has repeatedly pleaded for cameras as the only reliable way to investigate the causes of such accidents. That's a key step to preventing them.

The chief reason for making rail safety an overriding priority that justifies the privacy intrusion is the enormous potential for damage. That was illustrated when a runaway train derailed in Lac-Mégantic, Que., in 2013, obliterating the town centre and killing 47. Freight trains weighing thousands of tonnes roll through downtowns and past bedrooms, sometimes carrying enough fuel or chemicals to blast a hole in a community. The worst-case scenario is very bad.

Labour leaders note airliner cockpits only have voice recorders. But trains are different – the TSB wants to see what's happening in the locomotive when signals are missed. And union concerns that video would be used for run-of-the-mill discipline ignores the legal restrictions. The bill only allows railways to use video for accident investigations or random checks of compliance with safety regulations. The footage could only be used to discipline a rail worker for a safety violation specified in government regulation – perhaps for drinking vodka on the job, but not for failing to wear the proper uniform.

The cameras are an intrusion. But this time, the senators should side with the crash investigators rather than the union lobby. The next time there's a rail crash, they don't want it to be just another mystery, waiting to be repeated. 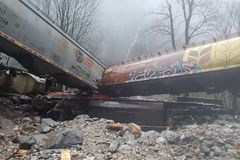 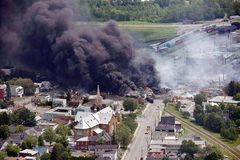