Since the Industrial Revolution, the link between rising greenhouse-gas emissions and economic growth has been clad in iron. For more than a century, steel mills were considered a sign of progress that lifted economies and incomes. Only recently has the world come to appreciate the potential cost of this economic progress in a warming planet and catastrophic climate change.

For some climate activists, the choice is obvious. The authors of the Leap Manifesto have no problem sacrificing economic growth for a reduction in carbon emissions. We already consume way too much, anyway. The world needs to get off fossil fuels – fast – and if it means having to do with fewer gadgets or granite countertops, get over it. And get responsible.

The inconvenient truth about this line of thinking is that most of the world can still only dream of the gadgets and granite countertops that many of us take for granted. About a billion people still live in extreme poverty and billions more are just getting by. Steel mills may be old economy here, but they're the latest symbols of modernity in China and India – and the more of them the better.

In the West, meanwhile, the choleric U.S. presidential race and the rise of the European extreme right show what happens when incomes fail to rise in line with expectations. And what of our already stretched social safety net, which won't pay for itself? Without economic growth, reasonably distributed, society itself breaks down.

Enter the climate optimists. These believers in the power of positive thinking insist the world is moving to a place where the link between economic growth and emissions can finally be broken. There no longer needs to be a trade-off between an expanding economy and a low-carbon one. Prime Minister Justin Trudeau, at least in public, preaches this new religion.

Followers of this creed saw their faith rewarded when the International Energy Agency recently reported that global energy-related carbon dioxide emissions were flat for the second straight year in 2015, though the world economy grew by 3.1 per cent last year and by 3.4 per cent in 2014. It used to be that emissions went down only when the economy tanked. This sudden "decoupling" of economic growth from emissions growth is the climate equivalent of nirvana.

But what if it's just an illusion? Self-reported emissions data from China and other developing countries are simply not reliable. And even if China's emissions did stabilize last year, the fear is that its economy is no longer growing fast enough to lift the bulk of its fast-aging population out of poverty and lay the foundation for global expansion that the world has come to depend on.

So, what of the 21 countries whose economies, according to the World Resources Institute, have become decoupled from emissions growth since 2000? (Canada is not one of them.) In the case of the United States, the main reason is hydraulic fracturing, which the Leapers would ban. Cheap natural gas has undermined the economics of burning coal to produce electricity.

In the United States and the other (mostly European) countries that have decoupled gross domestic product and emissions growth, declining carbon output also went hand in hand with industrial decline. Many developed countries simply off-shored emissions to China and other developing countries that now produce the manufactured goods we consume.

The U.S. and British economies have continued to build on their comparative advantages in high-skilled information technology and financial services, enabling their economies to grow without producing more emissions. But this economic transformation has also left behind millions of people whose manufacturing jobs have been off-shored or who have had to accept steep wage cuts to stay employed. Economic inequality within most developed countries has soared.

In Canada's case, decoupling is at best an aspirational goal. The measures really needed to meet our Paris climate-accord targets would stifle economic growth and depress incomes. And the climate policies already in place or announced won't bring us anywhere near our target of a 30-per-cent reduction in emissions from 2005 levels by 2030.

The Parliamentary Budget Officer estimates that, depending on how fast our economy (read oil output) grows, emissions will need to fall by between 208 million and 291 million tonnes by 2030 to meet our target. Canada's emissions actually went up in 2014 to 732 million tonnes. And though Alberta has vowed to cap oil sands emissions, it hasn't explained how it will do it.

Leapers and decouplers do have one thing in common. They're decoupled from reality. 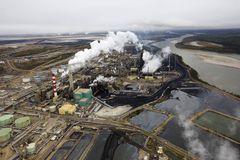 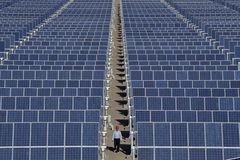 Explainer
Leap Manifesto: What is it, and what could it mean for the NDP’s future?
April 11, 2016 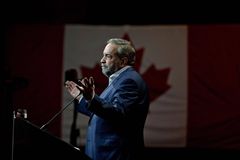