I dread Breast Cancer Awareness Month. It's not that I mind being hit up for money by all those folks who are running, walking, cycling, dancing and generally whooping it up for the Cure. It's that the breast is the most politicized organ in the world. Breast cancer is the most successfully marketed (some say overmarketed) disease of our age. Thanks to feminism, it gets the most research money and the most publicity. Supporting breast cancer causes is a way for men and corporations to show solidarity with women. It also doesn't hurt that breasts are more attractive and socially compelling than, say, livers. Breast cancer kills far fewer women than lung cancer does, but its victims are purely innocent.

None of that bothers me very much. What bothers me is the fear, hysteria and paranoia that people have whipped up around breasts. Some of the younger women I know believe their breasts are toxic time bombs just waiting to explode. They worry their breast milk is full of toxins that they're passing along to their babies. They believe the world is full of noxious chemicals that may be slowly poisoning them and their children.

The current bearer of this bad news is Florence Williams, whose highly influential book, Breasts: A Natural and Unnatural History, is a scare story fit for Halloween. In an interview with The Huffington Post, Ms. Williams describes how she sent her breast milk away to a lab to get it analyzed. She was horrified by the results. Her breast milk contained "low levels of perchlorate, which is an ingredient sometimes found in jet fuel, so that was kind of disturbing. Again, we don't really know what it does to our infants or to our breast tissue."

There were also trace amounts of pesticides and flame retardants, Ms. Williams told the Post. "These chemicals may be neurotoxins, and may interfere with brain development." Not to mention parabens, pthalates, microbicides and BPA. The pthalates, for instance, are "used in things like nail polish, paint thinners … and shower curtains." In her book, she says "toxins in breast milk have been associated with lower IQ, compromised immunity, behavioural problems and cancer." After much agonizing, she says, she decided to breast-feed her daughter anyway. But she's not sure she should let her wear toenail polish.

Ms. Williams's book has been rapturously reviewed. "The dangers that Williams details are not exclusive to women," declared the Sunday New York Times reviewer. "They threaten our entire species." She called the author a modern Rachel Carson, only scarier.

But the real problem isn't jet fuel in our breasts. It's chemophobia – a fear so rampant that it has infected an entire generation of women. Ms. Williams is right that our bodies contain trace amounts of pretty much everything that's in our environment. But toxicity is a matter of degree. And technology is so advanced that we can measure trace amounts in parts per trillion. As yet, research has found no trace of harm. For example, after a comprehensive review of environmental causes and risk factors for breast cancer, the U.S. Institute of Medicine found no conclusive link between any of these chemicals and an increased risk of breast cancer. According to Scientific American, "some research shows the toxic load in breast milk to be smaller than that in the air most city dwellers breathe inside their homes."

So what are the biggest risks for breast cancer? Getting old, and being female. "If you parse out all the things that cause breast cancer, about 75 per cent of it is living," Harvey Schipper, one of Canada's leading breast cancer doctors, told me. Much of the rest is hereditary. Other risk factors are bound up with our Western lifestyle – high-protein diets, early puberty, later and less frequent childbearing. "Societies with poor nutrition don't get breast cancer," he says.

This is not to say there's no impact from environmental factors. But these effects are small and uncertain. To eliminate them all, we'd have to eliminate modernity and return to being hunter-gatherers again.

But I'm afraid chemophobia is here to stay. Fear sells. Fear of chemicals manufactured by rapacious, greedy, money-sucking capitalist enterprises sells even better. Fear is is the main product peddled by interest groups such as the Environmental Defence Fund, which has been quite successful at marketing the notion that invisible dangers lurk all around us. The media love this stuff because it makes for easy headlines: If your shampoo doesn't kill you, your lipstick will! Fear is a staple of celebrity experts like Dr. Oz, who has advised readers to avoid toxic sales receipts from fast-food restaurants and gas stations.

Even some mainstream cancer organizations have been captured by the fear-mongers. Last year, the Canadian Breast Cancer Foundation, which organizes cancer runs across the country, ran a series of information ads reminding women to be vigilant about their household cleaners, which "may increase the risk of breast cancer." Its website advises you to buy pesticide-free organic food, avoid cans and plastic bottles containing BPA, and stay away from Styrofoam, scented products and bleach. Its partners include many well-known companies, including the CIBC. I asked them if they'd received any pushback, but they said no. They said their message is very popular.

Why are mainstream cancer organizations hyping imaginary risks? For the same reason everyone else does, I guess. Fear sells. And it also pays off. 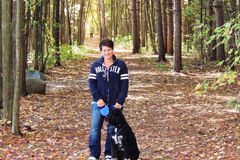 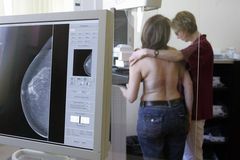 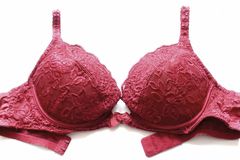