Ethics is a serious business. And that's why, reading in last weekend's Globe and Mail about the gurgling wave of ethics education sweeping North American business schools, I had to laugh.

"MBA programs around the globe," wrote Joanna Pachner, "are rushing to prove that they teach students to be good - not just rich - by revamping their curriculums and encouraging debates about ethical corporate behaviour."

At the same time, she said, MBA students are busy doing their part to prove their moral bona fides, mostly by composing earnest oaths. "I solemnly swear ... never to become Bernie Madoff," as her article was wryly headlined.

Forgive me if the spectacle of MBA students taking oaths to be ethical fills me not with reverence but with giggles. Aren't oaths what people take in courtrooms? And yet the lying there continues apace. Who would head the line to swear never to become Bernie Madoff if not Mr. Madoff himself?

I'm not suggesting that business students are bad people, or that those who would teach them to be good are any less competent than the rest of us. It's just that the whole notion of teaching ethical behaviour rests on a fundamental misconception - namely, that ethical behaviour can be taught.

Now I'm a pretty good teacher, or so people say. Yet, give me Mr. Madoff for one, two or three courses of ethics instruction and he would still be Bernie Madoff. Would he have learned anything from the experience? Yes, he'd talk a better game of ethics, and be an even greater menace to society.

This year, I'm teaching 500 students about justice, and I'm not making a single one a better person. Those who already aspire to justice may refine their understanding of it. (They may also come to see that everything has its problems, even justice.) Those already minded to be good citizens may become more thoughtful ones. I believe strongly in what I do - I just don't think that what I do is to improve the moral character of my students.

Students indifferent to justice just aren't going to be won over to it by anything that I could say. Or that anyone else could say. A university course is not a revival meeting. I don't cure palsies and I don't plead with students to come forward to declare themselves for ethics. And if I did - and if they did - it wouldn't mean a thing. Talk is cheap. Talk of high-minded oaths and declarations of moral seriousness is even cheaper.

Ethics education has its place, especially in professional schools and if you define it narrowly. Doctors, lawyers and businessmen, too, should be informed of what is forbidden to practitioners of their respective professions. This is only fair to them, as well as being useful for us. When they go astray, and the law steps in to hold them accountable, they'll be all the less able to plead ignorance as an excuse.

But to inform business students of what qualifies as ethical is one thing. To make them more ethical is quite another. Does anyone really think there's one fewer crooked lawyer or cheating doctor in the world because of law school or med school ethics courses?

What can ethics education accomplish, then, beyond informing of professional standards? It can serve as an exercise in self-celebration. Look at us students, how earnest we are in avowing how earnest we are. Look at our institution, how bent we are on making our students better people.

The relation of such palaver to actual conduct is doubtful, to say the least. Take Stanford University, where the student body avows itself as green as Kermit the Frog. Buttressed by a stack of PowerPoint graphs, a friend likes to demonstrate to his students that, as they have grown ever more Gaia-friendly over the years, their consumption of energy in the dorms has grown ever more mind-boggling. It's those shiny gadgets of theirs. My friend does this for the sheer delicious malice of it, not because he expects a single student to unplug anything. He knows that, among any student body, ethics is primarily a fashionable pose.

Are there genuinely ethical businessmen, doctors, lawyers, police officers, plumbers? Sure. But not because of anything that I or any other professor taught them. Modesty, colleagues, modesty. 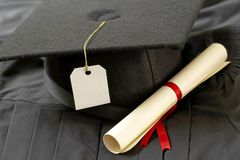