Ry Moran is director of the National Centre for Truth and Reconciliation at the University of Manitoba.

Last week I found myself in Ogoki Post, Ont., a small fly-in community located in northwestern Ontario, sitting at a desk at the nursing station that doubled as a hotel and workspace for some of us.

Despite the remoteness of this community, the history and impact of the residential schools lives there, much like it does in communities across Canada. This is where Chanie (Charlie) Wenjack is buried – where he was trying to return nearly 50 years ago. This is where his family survives – where his pictures hang on the wall of his sister's home.

Chanie's story is a story about a young child ripped from his parents' arms and separated from a loving, kind, warm home. He was taken hundreds of kilometres away to the Cecilia Jeffrey Residential School in Kenora, Ont. He tried to flee by a "secret path": a hidden trail that children used to escape the school in a desperate attempt for home, for togetherness, for freedom.

I was up there with Gord Downie, his brothers and a small film crew. Grand Chief Alvin Fiddler from the Nishnawbe Aski Nation and Grand Chief Sheila North Wilson of Manitoba Keewatinowi Okimakanak were also with us.

We gathered in the home of Chanie's sister, Pearl Achneepineskum, and there, along with her sisters, grandchildren and loved ones, Gord played the first animated track off his multimedia project Secret Path and gave copies of the graphic novel to each of the family members. He described the work as the best thing he's ever done.

Gord is an icon for me; someone I grew up not just listening too, but living life to. Gord's music is as much fused into my world as is air or water; it's what I drank in to keep going, what I breathed when I needed it. But I'm not alone in this experience. Gord is fused into the fabric of Canada. His music is as Canadian as anything I can think of.

There, huddled in front of a laptop hundreds of kilometres north of Thunder Bay, in a small room with a wood stove and bottled water in the corner – the community has been on a boil water advisory for more than 10 years – Gord's words echoed out: "We are not the country we think we are."

The rain fell outside as if trying to wash away the blood that is on the hands of our country.

It is exceptionally powerful to see one of Canada's most well-known and well-loved performers lend his voice to the struggle for truth and reconciliation. For far too long in this country, the stories of the children that never returned home from the residential schools have been ignored or silenced by mainstream Canada.

Ignoring the history, impact and legacy of the residential schools is simply no longer acceptable. We cannot continue to live in ignorance of the realities, both past and present, faced by indigenous people. We collectively need to face the past – to learn the stories of the children taken and of the parents left behind.

Chanie's is not the only death that occurred at the schools. Sadly, the Truth and Reconciliation Commission uncovered thousands more and numerous calls to action of the TRC recommend ongoing work to identify and commemorate the children who never returned and the places they are buried. With Gord's help, we can start to implement some of these calls to action through the National Centre for Truth and Reconciliation.

I hope Canadians, too, will hear this call to action that is sounding. I hope we collectively take another long step along the path of realizing just how harmful and devastating those schools were for the more than 150,000 children who attended them.

It's time to feel this story, Canada. It's time to start making this into a real country. 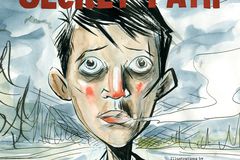 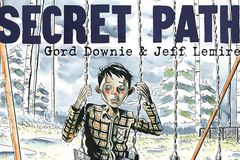 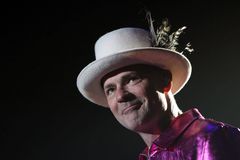