Hugh Stephens is a Senior Fellow with the Asia Pacific Foundation of Canada and a Fellow at the Canadian Defence and Foreign Affairs Institute.

Philippines President Benigno Aquino will make an official visit to Canada May 7 to 9. After stopping in Ottawa, he will visit Toronto, Winnipeg and Vancouver, all cities with sizeable Philippine communities. The visit could not be more timely.

This year the Republic of the Philippines chairs the annual APEC process and will play host to the APEC summit in Manila in November. Canada, also an APEC member, has been working hard to re-establish its credibility as a worthwhile interlocutor for APEC, and in particular ASEAN (Association of South-East Asian Nations) countries. The ASEAN response has been correct but cautious, waiting for Canada to demonstrate convincingly that it is prepared to sustain its newfound interest in Asia.

If Canada wants to demonstrate its commitment to the region, for business, human and security reasons we would do well to concentrate more effort on the Philippines, a founding ASEAN member and the second or third (depending on the year) largest source of immigrants to Canada.

The Philippines, long an under-performing economy, is today enjoying steady economic growth of 6 to 7 per cent a year (although, poverty is still a significant problem with an estimated 25 per cent of its almost 100 million people living below the World Bank's poverty threshold). For Canada, the Philippine APEC year presents an opportunity to build on a relationship that is growing and surprisingly strong, driven in large part by the sizeable and successful Philippine community in Canada.

In 2012 the Philippines was the second largest source of new permanent residents in Canada (after China), with almost 33,000 successful applicants. In 2013, the Philippines slipped to third, just behind India, but still exceeded 27,000 immigrants, or 10.5 per cent of the annual total. In addition, Canada has been an important destination for temporary labour from the Philippines (although changes to the Temporary Foreign Worker Program may affect this flow). This population does what so many overseas Philippine communities do: it sends significant remittances "home." One estimate is that Philippine workers sent home $23-billion in 2013, an estimated 10 per cent of which came from Canada.

Although the funds are welcome at home, the remittance phenomenon is a mixed blessing for the Philippines as it not only can stifle initiative, but leads to the export of many of the best and most motivated workers. While Canada has benefitted directly from this exodus it is also in our interest to raise the stock of human capital abroad to ensure greater prosperity, thus building markets for Canadian goods and services. International Trade Minister Ed Fast will be back in the Philippines next month to attend the APEC regional trade ministers meeting and at the same time will bring with him a trade delegation focusing on agriculture, defence and security, information and communications technology (ICT), infrastructure and sustainable technologies.

But it is the overseas Philippine community that represents the strongest bilateral link. Building on these human linkages and on the desire of the Philippines to grow human capital and promote innovation, Canada should deepen its commitment to this key ASEAN state. There is great potential for training by Canadian institutions and for strengthening Philippine institutions. It is satisfying to see a doubling of Filipino student flows to Canada in the past two years, to nearly 3,000 students. But by way of comparison India sent 10 times that number to Canada in 2013, and China over 95,000.

In 2012, Canada and the Philippines established a Joint Commission for Bilateral Co-operation, a good beginning. Canada also has a modest development assistance program that focuses on support to small business, farmers and regional tourist development and on improving training and work opportunities for young Filipinos. While welcome, at $16-million, it is a drop in the bucket for a country the size of the Philippines – and for a country with the resources of Canada.

Canada, of course, must set priorities. Canada has already declared its intention to re-engage with the Asia Pacific region and has made moves to tighten linkages with the ASEAN countries. Our participation in the Trans-Pacific Partnership negotiations (in which four ASEAN countries – but not the Philippines – are participants) is one important element of this engagement. Canada's recent appointment of a dedicated ambassador to ASEAN is another. But ASEAN is still waiting to see if we are really serious.

In setting priorities, fuller engagement – perhaps a strategic partnership – with the Philippines surely deserves to be near the top of the list. The growing depth and breadth of our people-to-people linkages, the close match of Canada's strength in human resource development with Filipino needs, and the opportunity presented by the Philippines as chair of this year's APEC process provide ample reasons to step up our engagement. During the Aquino visit there will be plenty of pre-election photo-ops, but let's hope there will also be substantive announcements to move the bilateral relationship forward. If we want to be taken seriously in Asia, we need friends in court, and closer engagement with the Philippines is a very good place to start.

Philippine President Aquino to visit Canada in May
April 23, 2015 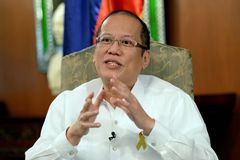 Slow start for Express Entry but new immigration system to pick up
April 10, 2015 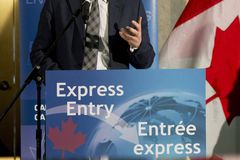