This week, a revolutionary court in Iran sentenced Hossein Derakhshan, an Iranian-Canadian blogger, to 19½ years in prison. He had allegedly "propagated against the holy government of the Islamic Republic" and "co-operated with enemy states" because he visited Israel five years ago.

Mr. Derakhshan is among hundreds of innocent men and women who are facing death or lengthy sentences for having a blog or communicating with foreign broadcasters. Families of prisoners are intimidated and threatened with arrest by government agents. Opposition leaders are harassed by government-supported vigilantes. The human-rights situation in Iran has never been graver. The international community must protect Iranians from their own government. A United Nations monitor should be assigned to investigate and report on human-rights violations in Iran.

Each year, under the leadership of Canada, the UN General Assembly adopts a resolution cataloguing Iran's dismal record. But the international community must go one step further to stop the Iranian government from brutalizing its citizens. Canadians have many reasons to take pride in their government's proven leadership on human rights in Iran. Canada can, and should, rise to the challenge now faced by the international community and lead the charge in instituting a much-needed mechanism for a UN representative to monitor human rights in Iran on a daily basis.

While Iranian President Mahmoud Ahmadinejad has told the American media that human rights are fully respected in Iran, blogger Vahid Asghari is facing the same fate as Mr. Derakhshan for "establishing indecent websites" and "having illicit income," because he had Google ads on his website. And prominent Iranian journalist Emadeddin Baghi has received a six-year sentence for conducting an interview with a dissident ayatollah for the BBC. Meantime, an American hiker, Sarah Shourd, was recently freed, but her friends, Josh Fattal and Shane Bauer, are still languishing in the notorious Evin prison.

In Iran, too many judicial decisions are made for political reasons. The regime can release an American prisoner so Mr. Ahmadinejad can brag about his government's munificence during a trip to New York. It can also sentence a journalist to death as a warning to Iranians against demonstrating any dissatisfaction with their government. Hundreds of prisoners of conscience are currently being held in Iranian prisons. Most are denied visits from their lawyers and family members and are coerced physically and psychologically into confessing to bogus charges. Hardly any group has been spared: Journalists, lawyers, human-rights activists, women's rights activists, members of minority groups and students are among those targeted by the paranoid Iranian government; ordinary citizens are also routinely mistreated.

Governments have been in a precarious position with respect to their policies toward Iran. On one hand, they have had to curb Iran's nuclear ambitions through a combination of sanctions and negotiations, and this, they think, could be complicated by talks of human-rights abuses. Trade and economic interests have also deterred certain countries from engaging in debates on Iran's rights abuses. Nevertheless, since the disputed presidential election in June of 2009 and the suppression of the opposition Green Movement, many countries have come to realize that a regime that doesn't listen to its own people and abuses them can't be a reliable partner in any negotiations, be they nuclear or trade related.

Be this as it may, Iran's Supreme Leader, Ayatollah Ali Khamenei, remains an isolated man who doesn't understand the world around him. He hasn't yet grasped the reality of the 21st century, that no regime can survive by suppressing its citizens. He continues to try to suffocate dissent in Iran by banning all methods of communication and throwing people in prison for speaking their minds. He also believes that Iran can bully the international community through proxies such as Hamas and Hezbollah into remaining silent, or at least ineffective, about its brutalization of Iranians.

The world community can prove Ayatollah Khamenei wrong. A UN resolution on human rights in Iran must include the creation of a UN mandate for investigating and reporting on human-rights violations in that country. The Canadian government has been uniquely courageous in holding Iran accountable. It can now more convincingly lead the international community in responding to the human-rights crisis engulfing the people of Iran.

The UN is the most credible institution to tackle this crisis; it's also recognized as legitimate by Iran itself. A special envoy included as part of the human-rights resolution should be tasked with monitoring abuses in Iran year-round. Such a measure would press the Iranian government into responding to international concerns and would give undeniable legitimacy to those concerns.

The UN resolutions have been important, but, given the deterioration of Iran's behaviour, a stronger message needs to be sent. As it stands, concerns and international protests are fragmented and short-lived and, in such circumstances, Iran has effectively waited out the criticism. But through sustained scrutiny and investigation, carried out by an independent, internationally appointed human-rights envoy, the Iranian government is more likely to realize that continued abuses will lead to an insufferable level of disruption in their international relations.

Maziar Bahari is an Iranian-Canadian journalist and filmmaker who spent 118 days in prison in Iran in 2009. 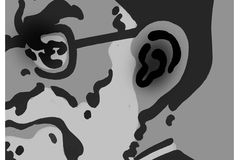