At their convention this month, federal New Democrats embraced a resolution calling the 1982 adoption of a new Constitution without Quebec's consent "an historic mistake." Leader Jagmeet Singh spoke energetically for the motion backing "any serious effort to recognize Quebec's status as a nation and to ensure that it is a part of the Canadian constitutional framework."

The resolution's adoption garnered about as much coverage across Canada as Sweden's defeat of Japan in women's hockey at the Olympics. It was a non-event, almost as forgettable as the Quebec government's release last year of a 177-page document laying out its demands for a new round of constitutional negotiations with Ottawa and the provinces.

Prime Minister Justin Trudeau thought he could get away with ignoring Quebec's move entirely. When cornered by the media, he didn't bother with the niceties. "We're not reopening the Constitution," he said, neatly disposing of Quebec's request with a metaphorical middle finger.

Was it this same fear and loathing of the constitutional file that led the former Conservative government in Ottawa to pull a fast one in 2013 by modifying the rules of succession for Canada's monarch without first seeking the consent of the provinces and amending the Constitution?

In a fascinating case now before the Quebec Court of Appeal, Laval University law professors Patrick Taillon and Geneviève Motard, backed by the Quebec government and the Canadian Royal Heritage Trust, argue that former prime minister Stephen Harper's government cheated by only passing legislation "assenting" to the British Parliament's changes to the rules of succession. The change allows for the oldest girl of a British monarch to become first in line to the throne, even if she has a younger brother. But Prof. Taillon et al. argue that an amendment to the Canadian Constitution, requiring the consent of all provinces, is needed to give effect to this change.

Since the Statute of Westminster in 1931, we have as a country moved to Canadianize the Crown. Queen Elizabeth II is not the Queen of Canada because she is the Queen of England but rather because the Canadian Constitution makes her our Queen. In arguments presented in court this week, Prof. Taillon and Prof. Motard note that, when Edward VIII abdicated in 1936 in favour of his brother, George VI did not automatically become Canada's monarch. Rather, the British Parliament passed legislation at the request of the then-Canadian government of Mackenzie King so that Queen Elizabeth's father could become Canada's king, too.

Ottawa's lawyers contend that, by constitutional convention, Britain's monarch is automatically Canada's monarch and, hence no constitutional amendment is required to give effect to the change to the order of succession. The Quebec Superior Court judge who first ruled in this case agreed.

But that position flies in the face of the explicit and painstaking efforts we have made as a country since 1931 to establish our independence. It also does a disservice to Canadians, most of whom have no clue why we chose to keep the monarchy when former prime minister Pierre Trudeau patriated the Constitution. Canada's monarch is a symbol of our constitutional continuity, not of our obedience to the British Crown. Few Canadians seem to understand this.

It's easy to understand why the judges might want to defer to Ottawa on this matter. Forcing the federal government to undertake constitutional negotiations with the provinces to redefine the rules of succession would spark a public debate about the very existence of the monarchy. I think we are mature enough as a country to have that debate, even if our politicians are not.

Politicians outside Quebec are petrified that any move to undertake constitutional talks would be overwhelmed by new demands from Quebec and Indigenous peoples. To them, it would be like reliving the nightmares of Meech and Charlottetown and the 1995 Quebec referendum all over again.

I doubt it. Most Canadians and Quebeckers have moved on from that drama. And even if some haven't, we can't put off constitutional talks forever. If Prof. Taillon is right, we'd end up with a king when Britain has a queen, showing the world we're incapable of governing ourselves. 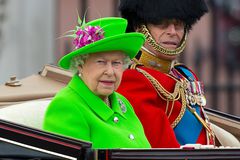 Opinion
Hello, Victoria Day weekend. Goodbye, monarchy
May 20, 2017
Follow Konrad Yakabuski on Twitter @konradyakabuski
Report an error Editorial code of conduct
Due to technical reasons, we have temporarily removed commenting from our articles. We hope to have this fixed soon. Thank you for your patience. If you are looking to give feedback on our new site, please send it along to feedback@globeandmail.com. If you want to write a letter to the editor, please forward to letters@globeandmail.com.
Comments are closed