What a platform the prime minister of Canada has each July 1 – Canada Day – an opportunity to speak to the citizens of this great country and tell them something inspiring and celebratory.

Exactly what Prime Minister Stephen Harper will say Wednesday remains to be seen, but if the past is any guide, Mr. Harper will invoke the military, perhaps through a milestone such as the recent 70th anniversary of VE Day.

Over the years, a Canada Day address has often served as a weather vane for the country. It has also served as an opportunity for the prime minister to celebrate the past and future or smooth over any loose threads in the national fabric.

While Canada Day is celebrated with considerable enthusiasm today, this has not always been the case. It did not even become an annual event at Parliament Hill until 1958 under the government of John Diefenbaker.

Prior to that, Dominion Day, as it was known until 1982, was officially marked on only two occasions: the 50th anniversary of Confederation in 1917 and the Diamond Jubilee in 1927.

On that latter anniversary, Prime Minister Mackenzie King waxed eloquently about the past, giving a lengthy discourse on the nation's history that no Canadian would sit through in today's world of limited attention spans.

"Let us strive to build widely in the present," he said, "to make the present if we can, even more wonderful than the past, knowing that other generations will follow our own, and that our day, too, will be weighed in the balances of time."

The Diamond Jubilee of Confederation was a heady time for Canada and the Empire, but the mood has varied since then.

Take 25 years ago, for example: The nation's birthday was preceded by the calamitous failure of the Meech Lake accord. One week later, Prime Minister Brian Mulroney was on stage at Parliament Hill trying to put his best face forward after suffering what he termed "a death in the family."

He used his Canada Day speech, in part, to talk national unity to an audience that included the Queen.

"Our evolution as a nation has not been untroubled and unity has occasionally been challenged. And so it is today. All Canadians must work resolutely at maintaining the unity and prosperity of one of the world's great nations, and I can tell you, Your Majesty, that we shall, and we shall succeed."

This theme remained part of prime ministerial discourse on Canada Day during the tumultuous 1990s. In 1996, one year after the last Quebec referendum, Prime Minister Jean Chrétien spoke metaphorically about the nation.

"You know, Canada is a little bit like the Parliament Buildings behind us. They were built carefully, skillfully, lovingly, by those who came before us. So was Canada. But even the best building in the world needs hard work to keep it great."

Mr. Chrétien's invocation of the Parliament Buildings neatly echoed the first great celebration of the Dominion in 1917, just a year after a terrible fire had destroyed them.

With new Parliament Buildings under construction, Prime Minister Robert Borden spoke about what they meant.

"It symbolizes at once the splendid achievement of the past and the still more glorious hope of the future," he said at the Dominion Day ceremony dedicating the edifice to the Fathers of Confederation and to the valour of Canadian men fighting in the First World War.

Not surprisingly, the ongoing Great War dominated this 50th anniversary of the birth of Canada. Speaking just three months after the battle of Vimy Ridge, Canada's overseas efforts were top of mind for Borden and the entire country.

"It is the spirit of those who founded this Confederation that inspires the men who hold the lines in France and in Flanders, assuring us the security and the blessings which happily are still ours."

Above all, though, a July 1 address is about the fortune we have as Canadians and the potential that still lies within our grasp, as numerous prime ministers have pointed out.

On the 100th anniversary of Confederation, Prime Minister Lester B. Pearson put it well:

"Ours is a good land," he said. "Our centennial resolve must be to make it better for our children and our children's children."

Hard to argue with that. Happy Canada Day. 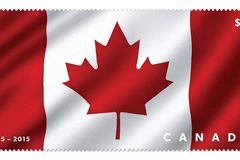 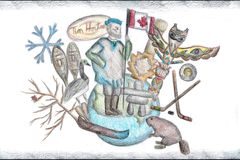