Any discussion about how we can better approach the paradoxical challenges presented by wildfires is timely given that B.C. just came off its worst year ever for hectares burned, large fires continue to char California and movie-goers flock to theatres to see Only the Brave, Hollywood's take on the 19 hotshots – highly mobile wildland firefighters – who were killed at Yarnell Hill, Ariz., in June, 2013.

It has been argued that we can learn a few things from hotshots, known in the fire community for their free-wheeling independence and typical American can-do attitude, often characterized as the Green Berets or Roosevelt Rough Riders of wildland fire.

The concept of the hotshot very much fits in with the overworked and overtired American habit of metaphorically viewing (all too many) things through a militarized lens. The war on drugs, the war on poverty, the war on cancer, the war on crime, the war on terror – the list goes on.

But when all you have is a hammer, everything starts to look like a nail. Swift and decisive use-of-force becomes the automatic go-to stand – the rule, not the exception. The "we will prevail" go big or go home (often American) mindset becomes the permanent default position. This romanticized view of things tends to obscure real problems and real solutions.

It is this way with wildland fire south of the border. But the militarization of wildland firefighting is not for us.

The United States has been described as the birthplace of forest firefighting as it is carried out today.

To put a finer point on it, it was in California where the ideas for many of today's most common wildfire fighting methods were incubated, hatched and first put into practice. Many states then "borrowed" from California.

A lot of these approaches are centred around a very aggressive "suppression at all costs" mindset, to the point where hotshots are dropped into the fire zone by parachute à la D-Day, and military gear is repurposed for fighting wildfire.

And so, the United States loses wildland firefighters much more often than we do here in Canada. Yarnell Hill was just one instance. Fourteen wildland firefighters lost their lives in the South Canyon fire (Colorado) in 1994, six died in the Dude Fire (Arizona) in 1990 and five perished in the Esperanza Fire (California) in 2006. In that blaze, wildland firefighters were deployed in the hills around Cabazon, even though extremely dangerous Red Flag wind warnings were issued just 20 hours before. The five died when their position was overrun by fire after the fierce Santa Ana winds shifted. They were defending a single home at the time.

Five lives for one evacuated home doesn't seem to be a reasonable trade. The home was lost anyway.

But this is the U.S. tradition. It isn't ours.

Once in a while in Canada, we may lose a pilot fighting wildland fire, as we did in Slave Lake, Alta., in May, 2011. Just a few weeks ago, an Alberta volunteer firefighter lost his life in a vehicular accident while rushing a tanker of water to a raging grass fire.

This is how we tend to lose wildland fire crew in Canada, to technical accidents and not through poor tactical decision-making.

Indeed, in Canada we do not even equip our crews with emergency shelters – portable one-person "tents" made of heat-reflecting material intended to be used as a last resort to keep wildland firefighters safe in the event they are overrun by fire. Although such shelters were never widely deployed in Canada, B.C. became the last province to stop using them in 2005.

These shelters are not used in Canada because we do not put our people in the same – often untenable – situations they are put in the United States. Canadian wildland firefighters rely less on such things as last-resort emergency shelters and Vietnam War-style helicopter extractions, and more on planning and communication.

The 19 hotshots killed at Yarnell Hill were all in their emergency shelters when they died.

In many ways, the U.S. wildfire situation is the canary in the coal mine for Canada, an omen portending how and where the wildfire trend will go in this country (we have already experienced a doubling of area burned in Canada since the 1970s and could see another doubling by the end of the century).

For the United States, the almost singular focus on suppression – decades of beating back fire before it has the chance to clear forests of excess fuel – has gotten our southern neighbours to the point where many of their wildlands are tinderboxes, ready to blow whenever conditions are right. And more and more, conditions are right. As noted fire historian Steve Pyne has said, "A fire put out in the city is a problem solved. A fire put out in the wildlands is a problem put off."

We are quickly getting there in Canada.

We can't continue to make suppression the backbone of wildland fire management in this country. We shouldn't, and with a future state that will include more and larger fires on the landscape (and more assets in the way), we won't be able to.

We won't have the resources to knock down every fire, we will be forced to pick and choose. As Mr. Pyne says, "If we keep telling the same story – fire as disaster, the firefight as a battlefield – we won't advance our understanding."

Part of the solution involves arriving at a greater accommodation with fire, reintroducing fire as a natural part of the landscape, just as it always was supposed to be.

Opinion
There’s a lot we can learn from U.S. wildfire hotshots
October 21, 2017 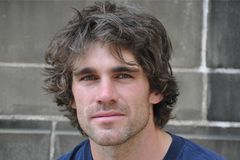 Opinion
We created B.C.’s wildfire problem – and we can fix it
July 13, 2017
Opinion
One year after the fires, Fort McMurray is still suffering – and still strong
May 1, 2017
Follow us on Twitter @globedebate Opens in a new window
Report an error Editorial code of conduct
Due to technical reasons, we have temporarily removed commenting from our articles. We hope to have this fixed soon. Thank you for your patience. If you are looking to give feedback on our new site, please send it along to feedback@globeandmail.com. If you want to write a letter to the editor, please forward to letters@globeandmail.com.
Comments