Canadian business and consumers have much at stake as the next round of negotiations between Canada and the European Union toward a Comprehensive Economic and Trade Agreement gets under way in Ottawa this week. A significant opening up of trade between Canada and the EU will support higher incomes and a more dynamic economy in Canada, but also generate more competition. With an early 2012 deadline looming for completing a deal, negotiators will soon be getting down to the tough tradeoffs that such comprehensive liberalization entails.

Canada needs to hold to the original vision of both parties of an ambitious agreement – one that is not only comprehensive in terms of the issues covered but also generates substantial progress on each major issue. At $104-billion a year, our two-way trade with the EU currently represents just 10 per cent of Canada's exports and imports. But contrary to perception, our exports to the EU, as well as our imports, are relatively intensive in commercial services, machinery and consumer products. A deal that would expand this trade would thus support Canada's competitive position in advanced and well-paid sectors of our economy.

The Canada-EU economic relationship is also characterized by intense cross-border direct investments – much of our mutual business is conducted via affiliates in the other's home territory. In this type of relationship, firms and persons can encounter difficulties in meeting standards or protecting their property in the host jurisdiction, in participating in services and public markets on similar terms as those afforded domestic firms, or in sending their key personnel abroad. These can become barriers to the realization of mutually advantageous opportunities.

Because many of these issues involve provincial jurisdiction, provinces are, for the first time, actively involved in a number of Canada-EU negotiating groups. This innovation will test whether provinces are willing to support the expansion of global opportunities for Canadians. Among other things, they will need to think of opening up public-sector procurement and enhancing labour mobility with a global context in mind.

Canada should not sign a deal at any cost. We need to approach intellectual property in a way that brings our protection for it up to a high international standard, while preserving the government's ability to help spread the benefits of innovation in the public interest. Opening up provincial public procurement markets can help governments and their agencies find ways to reduce costs without reducing services, in a manner that does not hinder the role of governments to regulate and establish policy objectives in the public interest.

But we must ensure genuine opportunities for Canadian firms to compete in European procurement markets in return. Fostering temporary, mostly intrafirm labour mobility between Canada and the EU can be done in a way that increases the mutual benefits we derive from cross-border investments and open up new opportunities for individuals, while preserving high occupational standards in both markets.

From opponents of an agreement, we are likely to hear familiar refrains, starting with the notion that the EU's debt crisis makes it a less attractive market. Such short-term thinking ill suits people who have been calling for decades for a diversification of Canada's trade relations, but now would balk at making this happen. The EU is a giant market, comparable to that of the United States, and even a small additional share of that market would provide significant opportunities to parlay Canada's many unsung advantages – such as a number of world-class services and high technology firms and a highly skilled work force.

If we are going to exploit these advantages, we cannot confine ourselves to the home market. We also need to realize what a number of other jurisdictions already recognize: A more open door to imports benefits not only consumers but businesses that need to have access to globally competitive inputs in order to sustain their own competitiveness in an era in which products are increasingly "made in the world." A failed or weak Comprehensive Economic and Trade Agreement would thus reduce opportunities for a generation of Canadians, and hamper the private-sector-led growth we need in this era of fiscal austerity.

Daniel Schwanen is associate vice-president of international and trade policy at the C.D. Howe Institute and author of the report Go Big or Go Home: Priorities for the Canada-EU Economic and Trade Agreement. 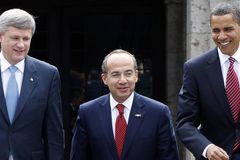 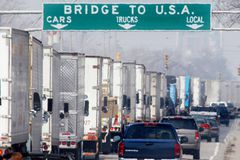