When it comes to the treatment of immigrants and refugees, it's easy for Canadians to look south and feel smug. Immigration, always a hot-button issue for Americans, is now driving them completely around the bend.

Canada's immigration system really is better than the American system, morally and practically. But that's not because Canadians are better people than Americans, morally and practically. It's because our immigration policies have been smarter than those of our neighbours. And our policies have been able to be smarter because our geography has been luckier.

That may be changing. Consider the sudden surge in the number of people walking north across the Canada-United States border to make asylum claims, fleeing Donald Trump and America. If the U.S., history's most powerful people magnet, suddenly turns into an exporter of human beings, Canada is their logical destination. If the trickle of a few hundred grows into the tens of thousands – a real possibility – our smugness may be tested.

Until now, Canada has never worried much about large numbers of people just showing up and claiming asylum, or becoming illegal immigrants. Why not? Because of geography. For most of the planet, Canada is just about the hardest place on earth to get to.

But for someone already in the U.S., Canada is an absurdly easy destination. Spend a few minutes on Google Maps. (It's what anyone thinking of running from Trumpland is doing). At a thousand points along the world's longest undefended border, an unauthorized journey to Canada is as simple as taking a taxi to the line, and then walking across a field or stepping across a road.

Unlike our American and European peers, our country has not, until now, had to deal with waves of unauthorized arrivals. As a result, our immigration flows – unlike those of the United States – are exceptionally orderly and law-abiding. That's probably why Canada's legal immigration rate has for decades been two to three times higher than the United States, while sustaining an all-party, pro-immigration consensus. Canada's immigration system is more generous than the U.S., but in many ways, it's also tougher.

Canada's immigrants and refugees are almost all chosen by Canada. They didn't set foot on Canadian soil until we invited them to. Most were chosen because of their education, work experience or professional qualifications; they are more educated than the average Canadian. And before they were allowed to enter Canada, they were investigated for criminal records, ties to terrorism and the like. Oh, and everyone had to queue up, sometimes for years. (Talk about screening for "Canadian values.")

In other words, the Canadian immigration system basically treats this country like an exclusive club, but one that welcomes a lot of new members. The former helps to make the latter possible.

In the United States, in contrast, legal immigration levels are much lower, but over the last few decades, illegal immigration levels have often been high. There are more than 11 million unauthorized immigrants in the U.S., up from 3.5 million in 1990. Canada chooses almost every immigrant and refugee who comes here, but the U.S. has millions of people who simply walked across the Mexican border and stayed. This drives American law-and-order types absolutely bonkers. We may be about to discover how Canadians react.

Mr. Trump is talking about building walls against immigrants, but geography bounded Canada on three sides by oceans, and they're far more effective than any wall. And where there are no physical walls, Canada has erected invisible, bureaucratic ones.

Canada plans to invite in 300,000 newcomers this year. But for an uninvited guest coming from anywhere other than the U.S., Canada is a very difficult place to get to. You can see the European Union from the coast of Turkey and make the crossing in an inflatable boat. Florida is just over the horizon from Cuba, and Cubans have escaped using all kinds of homemade rafts. But unless you've got an ocean liner, you aren't sailing to Canada.

And you can fly here from anywhere on earth, but Canada has erected a legal wall designed to prevent the uninvited from boarding a flight. Travellers from most of the world, including nearly all of Latin America, Africa and Asia, need a visa to come to Canada. It's an extremely effective measure for limiting the number of refugee claims. And any time a Canadian government, Liberal or Conservative, has seen an upsurge in refugee claims from one country – the Czech Republic and Chile in the 1990s, Mexico a few years ago – Ottawa has stemmed the flow by introducing a visa requirement.

And on those rare occasions when asylum seekers have managed to cross the ocean and circumvent the wall, as nearly 500 Sri Lankan Tamils aboard the MV Sun Sea did in 2010, Canadians have completely lost their cool. That year, Canada accepted more than 250,000 immigrants and refugees. It was smooth, humdrum and entirely unnewsworthy. But fewer than 500 asylum seekers on an unauthorized boat had Ottawa completely freaking out.

Which brings us to 2017. As we consider what's happening at the border – and what might happen – we shouldn't lose our perspective. Canada is already planning on accepting 40,000 refugees this year, most of them chosen overseas from countries such as Syria. If the spring brings a surge in refugee applicants from the U.S., Canada can compensate by reducing the number of refugees it's seeking overseas. Or Ottawa could play with the mix of economic immigrants, family reunifications and refugees in this year's planned total of 300,000 new Canadians by bumping up the number of refugees and lowering the others. It could also accommodate a spike in arrivals from the U.S. by temporarily raising the total immigration target.

Canada might be able to modify its "safe third party" rules. If someone from the U.S. comes to a Canadian border post and wants to claim asylum, we'll return them to America, because it has (or had, pre-Trump) a fair and legal refugee system. The loophole, which the new group of arrivals figured out, is that if someone crosses the Canadian border without authorization, they can make a refugee claim inside Canada. That's partly a matter of international law and Canadian Supreme Court decisons, but Ottawa may have some wiggle room.

Ottawa can also hire more cops, bureaucrats and refugee adjudicators, speeding up the process for determining who is a genuine, legal refugee, and removing those who aren't.

Canada's immigration system has retained a high level of popular acceptance because most of the people who come here, come here by choice – our choice. That's why an incident like the MV Sun Sea created so much angst, all out of proportion to the tiny handful of desperate people involved.

But unless the number of asylum seekers coming from the U.S. massively increases, to thousands of crossers each week, it will not break our peace, order and good government immigration system. It shouldn't break our politics either, unless we let it. Don't start freaking out just yet. 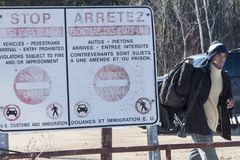 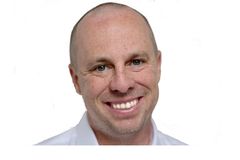 Opinion
Getting to the roots of populist uprisings
February 20, 2017
Follow Tony Keller on Twitter @tonykeller1
Report an error Editorial code of conduct
Due to technical reasons, we have temporarily removed commenting from our articles. We hope to have this fixed soon. Thank you for your patience. If you are looking to give feedback on our new site, please send it along to feedback@globeandmail.com. If you want to write a letter to the editor, please forward to letters@globeandmail.com.
Comments