Omer Aziz is a Kirby Simon Fellow at Yale Law School and a Visiting Researcher at the Munk School of Global Affairs at the University of Toronto. Follow him on Twitter @omeraziz12.

On one of my first days working at the United Nations this past June, a senior UN official took me out for coffee. This being Geneva, our espressos went into lunch and the conversation slowly moved from the architectural splendour of the Palais des Nations to the more rugged terrain of geopolitics. The words "Canada" and "reputation" were inevitably mentioned, and as I tiptoed around the moat that lay between these two words, the UN official simply looked amused. To her, Canada's role at the UN was not controversial. It was irrelevant.

Stephen Harper's foreign policy has been rightly criticized as anti-UN. But this policy's chief failure is not the reputational harm it has caused. Rather, Mr. Harper's anti-UN policy has been a strategic failure. In what has been called a "G-Zero world," in which no one country is distinctly in charge, states are increasingly turning to the UN as a forum, mediator, co-ordinator, even an enforcer on everything from the Ebola response to Iran sanctions.

By dismissing the UN on ideological grounds instead of championing the world body and pushing Canadian interests through it, Mr. Harper has substituted old conservative nativism for a modern, enlightened foreign policy. His policy hasn't made an inch of difference to the United Nations. But it has made Canada irrelevant in world affairs.

Take the Middle East. That same June morning, Yemen's warring parties were holding diplomatic consultations under the auspices of the UN. A few buildings over, the UN was holding talks with parties to the Syrian conflict. In the halls between these two meetings, there was endless chatter about the Iranian nuclear negotiations. The UN has been actively involved in all three of these conflicts – in the case of Yemen, getting food to 700,000 starving Yemenis in the month of July alone.

Mr. Harper's policies here have been barely coherent: Secretly selling weapons to a reactionary and fundamentalist Saudi royal family, who can then go and bomb Yemenis; using grandiloquent moral rhetoric in attacking the Islamic State, while completely ignoring the mass-murderer-in-chief of the Middle East, Bashar al-Assad; prematurely closing Canada's embassy in Tehran nine months before Iranians went to the polls, thereby squandering any hope to engage Iran diplomatically and culminating in the laughable theatre of keeping sanctions in place even as the UN Security Council voted to lift them. But uniting these disparate policies has been a deep antipathy to international institutions.

In its desire to outsource foreign-policy interests to businesses, the Harper government has failed to assist the world body on numerous political, humanitarian, and peacekeeping issues. At times, the insults have been gratuitous, like skipping the General Assembly to receive – wait for it – a statesmanship award.

This is not an idealistic argument: Ignoring and alienating the UN, and liquidating Canada's diplomatic capital harms Canadian interests and Ottawa's standing in the order of states. Dogmatic, ideological opposition to the UN invariably results in countless missed opportunities, and not just obvious ones like losing a seat on the Security Council. All of these are ultimately strategic failures.

Mr. Harper was always a critic of the UN because to him it represented the two nauseating ideas of institutionalized hypocrisy and Liberal multilateralism. There is no quibbling on the first point. The UN is hypocritical because every one of its 193 member states, including Canada, is hypocritical. Finding actual solutions between the two poles of hypocrisy and principle, however, is why Bismarck called politics the art of the possible.

On the second point, the Liberal Party championed multilateralism with remarkable success not because Liberal Prime Ministers were foreign-policy geniuses, but because Canada was uniquely suited to lead through the UN Canada is a small country with a small military, a liberal democracy without the heavy baggage of imperialism, a trillion-dollar economy with a welfare state. It is not neutralist like Switzerland, nor hegemonic like America. The multilateral record speaks for itself: peacekeeping, a ban on land mines (also known as the Ottawa Treaty), the Responsibility to Protect Doctrine, the International Criminal Court. These are not red-versus-blue issues. They were achieved because of a commitment to the United Nations and to multilateralism more generally.

None of this is to say that the UN is perfect. The UN seeks to solve the largest collective action problem in history – anarchy in a world run by states – and it succeeds on many fronts, but in the process, it creates smaller collective action problems of its own. There is corruption and cronyism at the UN, as there is in all bureaucracies. Israel is criticized by regimes where women are a permanent underclass and the gassing of children is a military tactic. Israel has plenty of questions to answer, but it should not be asked them by Saudi or Syrian diplomats.

Seventy years ago, Canada helped found the United Nations at the San Francisco conference. The country was then a small democratic nation with an outsized microphone, universally respected for its war record and the leading role Canadian delegates played in drafting of the UN Charter. Today, Canada's global microphone has become a solitary soapbox, its international leadership reduced to hectoring and lecturing from the sidelines.

It's 2015, not 1945, but the UN is just as desperately needed. Once Canada figures this out, the country and the world will be the better for it.

Opinion
In Bangladesh, as in France, free speech has become deadly
May 15, 2015

Opinion
Banning the niqab harms an open society. So does wearing it
March 16, 2015 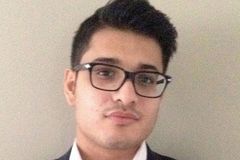