It's hard not to be moved by the tremendous bravery that filled Iranian streets this month. Many Canadians have paid tribute to the efforts of the protesters with moving speeches and powerful essays. Canada's support for Iran's freedom movement need not remain symbolic, however. Ottawa has enough resources at its disposal to help tilt the scales in the protesters' favour.

Iran's true reformers – as distinct from sham "reformist" politicians – have a handful of clear, tangible goals: democratic liberty, economic development, an end to corruption and a respected rule of law. The West desires a stable, denuclearized Iran at peace with its neighbours. Both agendas are intertwined and Canada can offer tangible assistance on all fronts.

First, Canada must hold steadfast on its current diplomatic freeze of the Iranian regime. Canada has the international credibility to make isolating Iran an effective tactic. The clique ruling Tehran possesses less political legitimacy by the day. Iran's problems are the result of its clerical military dictatorship. Until the regime cleans up its act, there is no business to be done, unless one is comfortable putting money into the pockets of Iran's Islamic Revolutionary Guard Corps (IRGC) or creating a nest for Iranian spies to coerce Canadian society. That's what reopening a Canadian embassy would mean.

Second, the IRGC, the theocratic regime's elite paramilitary wing, is obviously a terrorist entity and deserves to be legally defined as such. Reviving Bill S-219, currently languishing in the Senate, would accomplish this. The IRGC's Quds Force, its overseas operations branch – which has provided active assistance to Hamas, Hezbollah, the Taliban, the Houthis in Yemen and the Assad regime in Syria – was declared a terrorist entity by Ottawa in 2012, but the scope of our designation should widen. The Revolutionary Guard by design exists for no purpose beyond protecting the interests of Tehran's fundamentalist rulers. It is not a military in any conventional sense.

Moreover, the IRGC has used its standing within the state to enrich itself and today its commanders are among the country's wealthiest men. Alongside terror groups, the IRGC finances pro-regime propaganda and allies across the globe. As a major banking power, Canada should take the lead in halting the flow of the regime's financial lifeblood abroad and banning the flow of agents and terrorist capital at home.

Third, the Islamic Republic of Iran Broadcasting and Press TV are active propaganda outlets outside Iran, purchasing international content and live satellite transmissions. Iranian state-backed broadcasting outlets have aided the regime in ruthlessly torturing and murdering students by portraying these deaths as suicides. The officials running these broadcasters are prime candidates for sanctions under Canada's newly minted Magnitsky legislation.

Fourth, Canada should use its technological skill to assist the people of Iran in fighting the "Halal internet" where the regime censors and subverts any online tool that could be used to express or organize dissident opinions. In 2013, former foreign minister John Baird spearheaded the "Global Dialogue for the Future of Iran," a University of Toronto initiative that deployed circumvention software to enable social media inside Iran to connect Iranians and allow them to converse freely under the safe protection of a firewall. This program should be revived. Iranians are literally crying out for a way to express and organize themselves that is free and safe. Canada has the unique and proven ability to provide one.

A change in the Iranian regime's posture, from one of ruling by fear to one that is more responsive to the people, is simply a matter of time. Exposed as a fraud, the supposedly reformist President Hassan Rouhani is now fighting for his political life. The elderly ayatollahs have run out of political gimmicks to appease the people and delay an inevitable reckoning.

The people of Iran are young, worldly and modern. Nearly four decades after the Islamic revolution, they are acutely aware of the oppression they endure and are clear-eyed on how their incompetent, self-serving rulers have made their country a global pariah and economic basket case. They have had enough of exporting terrorism masquerading as revolution.

It's easy to grow numb to stories of Iranian unrest, but virtually all observers agree this latest uprising is different – leaderless, widespread and occurring in the context of a failed reformist administration. On the streets of Iran are the allies we have been seeking in shaping a prosperous and free Iran.

We have arrived in one of those pivotal moments where history will judge witnesses by their actions. Canada must be more than a passive onlooker.

Protests in Iran lead to a surge in downloads of Canadian VPN tools
January 14, 2018 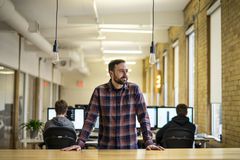 Trump grants sanctions relief to Iran, upholding nuclear deal
January 12, 2018
Iran has foiled plot to overthrow Islamic Republic with protests, Khamenei says
January 9, 2018
Follow us on Twitter @globedebate Opens in a new window
Report an error
Due to technical reasons, we have temporarily removed commenting from our articles. We hope to have this fixed soon. Thank you for your patience. If you are looking to give feedback on our new site, please send it along to feedback@globeandmail.com. If you want to write a letter to the editor, please forward to letters@globeandmail.com.
Comments are closed