First things first: I'm largely agnostic on the intrinsic merits of the new initiative by the Conservative government to establish an Office of Religious Freedom within the Department of Foreign Affairs and International Trade. I say this because excessive argument about what's effectively a microstructure in a sizable federal department perpetuates a long-standing weakness in Canada's foreign policy debates: an intellectual obsession with "ends" (in this case, protecting religious minorities around the world) at the expense of building the strategic "means" to achieve any "ends" of consequence.

Successive governments in Ottawa have all too easily subscribed to the conventional wisdom that if we as a country could only determine what our interests were, what our principles or values were, and indeed what our core international purpose was, then we could, by logic, proceed to advance a coherent and effective foreign policy agenda. All of these, of course, are concerns solely about the "ends" of our foreign policy.

Naturally, as Canada is a vast and diverse land, and as different prime ministers have different conceptions of what the country ought to do in the world, the country almost never reaches a point of general "consensus" about which "ends" are worth pursuing. And so the debate continues ad nauseam, with perhaps only isolationists totally sated by the conceptual impasse that has led us to underperform as a country on the global stage.

The core of the foreign policy and larger international affairs debate in Canada should not be about the ends we may wish to pursue as a collective, but rather about the means necessary to advance the ends legitimately chosen by any elected government. The desired ends will clearly change according to the times and government, but the means to success for Canada are stable and undifferentiated, and they need to be built up.

Without this reversal of strategic logic (means before ends, rather than ends dictating means), we Canadians are left talking to ourselves about problems in the world we're interested in but typically incapable of solving – for lack of the requisite means to do so.

One is reminded of the 2007 speech by Prime Minister Stephen Harper about Canada's intending to become a leader in the Americas (a perfectly legitimate "end" goal for a wealthy, reputable country such as Canada). Some years from now, historians in Latin America may wonder just how Canada planned to achieve its stated end of regional leadership. Answer: With no Spanish speakers! Or Portuguese speakers, for that matter. (By the time Australia had determined it wished to be a player in Asia, future prime minister Kevin Rudd – then chief of staff to the premier of Queensland – had already convinced the federal and state governments that the country needed a national Asian languages strategy.)

So what's the nature of the "means" debate that Canada needs to have to be a major (and credible) global player this century? Two interrelated "means" levers need to be addressed: national culture and national capabilities. A country that's serious about advancing ambitious ends in the world – defending minority religions or, say, brokering peace and transforming impoverished countries, or even fighting a just war – requires a public culture that can properly assess happenings beyond North America, and can support sustained engagement by Canada beyond our borders. More concretely, it needs the practical capabilities to advance these ends: talent (in key positions), assets (intelligence, military, diplomatic), money and, to be sure, differentiated relationships with players in the world.

To be a leader not only in the Americas but also in the world, Canada needs more foreign affairs culture, and certainly more capabilities. We might start by creating that army of Spanish and Portuguese speakers that the federal government surely requires to advance its stated ends. Let's add some Mandarin and Arabic speakers for good measure.

None of this is possible without a brave political leadership that applies pressure over time to build the culture and capabilities today that will allow us to score major foreign policy achievements in the long term. But we can be confident that transformation of the Canadian means to regularly realize great projects in the world will make small potatoes of the current argument over the Office of Religious Freedom.

Irvin Studin is editor-in-chief and publisher of Global Brief magazine. He is also program director and assistant professor in the School of Public Policy and Governance at the University of Toronto. 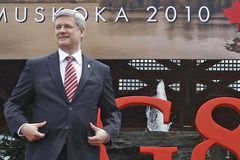 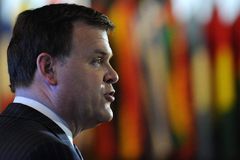 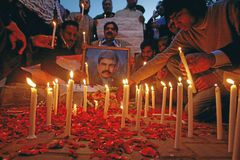 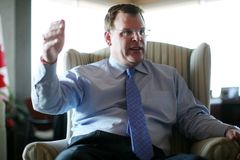 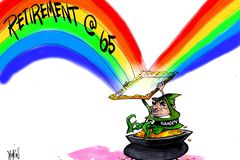