Lindsay Rodman is a Council on Foreign Relations International Relations Fellow (Canada) placed at the University of Ottawa's Centre for International Policy Studies, and a Fellow at the Canadian Global Affairs Institute.

Will U.S. President Donald Trump's new plan for Afghanistan pull Canada back into a war that many deem a "lost cause"? Mr. Trump explicitly invited other nations to contribute in support of his new plan. Although Prime Minister Justin Trudeau stated clearly that there are no plans to reintroduce Canadian troops into Afghanistan, he did not close the door on potential future involvement.

A Canadian response at this time would be premature. Mr. Trump did not provide enough detail last week to consider what Canadian support would look like. However, his announcement had enough substance for Canada to begin asking the tough questions that will help inform whether to recommit to Afghanistan.

Mr. Trump stated that he has reached three major conclusions: First, he needs a well-defined endgame, which he described as an "honourable and enduring outcome." The 16-year war has been plagued by ill-defined goals. If the Trump administration is able to draft well-articulated conditions and hold the executors of his plan to achievement of those conditions, that will be a welcome change, though it is much easier said than done.

Second, Mr. Trump stated that there would be no "rapid exit." To give credit where credit is due, most politicians are wary of changing their minds on major campaign promises, but Mr. Trump admitted that, based on his third conclusion that the "security threats are immense," he reconsidered how to proceed on Afghanistan.

To accompany these three conclusions, Mr. Trump introduced pillars for his new strategy. The first pillar is a rejection of any time-based conditionality. Time-based conditionalities are deeply flawed – they are too easy to wait out and do not provide a coherent definition of mission and endgame. Secrecy is also important to Mr. Trump. Most onlookers expected Mr. Trump to articulate his conditionalities, and to provide the plan and troop levels required to achieve his goals. Those details were not forthcoming.

Another pillar is the "integration of all instruments of American power – diplomatic, economic, and military." This pillar is seemingly at odds with Mr. Trump's outright rejection of the idea of "nation-building" in the same speech. It appears that semantics will be important. U.S. support of the mission in Afghanistan will have to be articulated in terms that specifically relate back to the vague conditionalities that are yet to be fleshed out.

Mr. Trump mentioned economic tools a few times throughout his speech. Notably, he stated, "we are going to participate in economic development to help defray the cost of this war." It is unclear whether he was referring to empowering Afghanistan to sustainably take on the mission of its own security, or whether he was referring to U.S. development of Afghan resources to directly repay the United States for wartime costs. The latter option is concerning, but harks back to statements he has made about mineral wealth in Afghanistan, and oil in relation to the war in Iraq.

The pillar that raised the most alarm bells was Mr. Trump officially signalling a policy shift on Pakistan, while also stating that he expected to forge a stronger partnership with India. Pairing criticism of Pakistan with an embrace of India could affect the mostly peaceful but tense equilibrium in the region.

Canada's reaction should be patient and measured, but open. With Defence Secretary James Mattis at the helm, the United States may surprise many and come up with a coherent and supportable strategy for Afghanistan that has a well-articulated, ambitious, but achievable endstate. If some of the potential minefields introduced by Mr. Trump, such as his approach to economic development, and the balance of U.S. partnership with India and Pakistan, are sufficiently handled, Canada could consider supporting this effort.

Canada is well-positioned to ask the tough follow-up questions that are required of this initial policy preview. Given Mr. Trump's interest in secrecy, details are not likely to be provided in public. However, if Canada asks questions and is satisfied with the answers it receives behind closed doors, Mr. Trudeau should consider supporting this effort.

Never mind the messenger – the real question should be whether to continue to treat Afghanistan as a "lost cause" or whether Canada can nudge this renewed American effort in a direction that it can support. 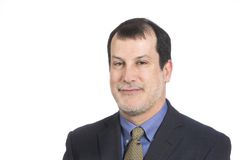