Wade Rowland teaches in the Department of Communication Studies at York University. His most recent book is Canada Lives Here: The Case For Public Broadcasting.

The CBC's decision to air the Tragically Hip's farewell concert Saturday was a stroke of public broadcasting genius. It demonstrated better than almost any event one could imagine the power of a national public broadcaster to bring a nation together to celebrate its shared values, to honour its prodigies, to connect.

Preliminary ratings suggest that 11.7 million of us watched or listened to some or all of the three-hour concert in Kingston. That's what's known as reach in the industry. The show was available on CBC Television, CBC Radio One, Radio 2, and Éspace Musique, as well as live streaming on the Web and on Sirius satellite radio.

Reach is not the ratings metric TV marketers prefer. A more reliable measurement of audience size is average per-minute audience. That's the number of people watching a show at any given moment, and it's estimated by Numeris to have been 4.1 million Saturday night. According to media analyst Barry Kiefl, "four million is a big number, but it's in line with many segments of the Rio Olympics. And less than the audience for the SuperBowl, Academy Awards and most Stanley Cup finals." It's not clear what total per-minute audience would be if radio and on-line streaming were to be added in.

But numbers are hardly the main issue.

What matters more is that we were able to watch it, from beginning to end, all three hours, without advertising. And without an announcer/host guiding us from one commercial break to the next.

Not once did anyone intrude to say, "We'll be right back with more." There was no hushed voice telling us what we were looking at when cameras probed ecstatic faces in the audience between sets. Just live pictures and natural sound. Nobody, except Gord Downie himself, said anything. What a blessed relief! What a revelation!

It took guts to handle the show that way, and kudos are due to CBC vice-president Heather Conway and Jennifer Dettman, executive director of unscripted programming. It meant dropping three hours of prime time Olympic programming – and the associated commercial revenue.

The Hip concert may have been the most subversive program the CBC has ever aired. Subversive, because it has shown Canadians in their millions what public television can be when it's doing its job of serving the people rather than corporate advertisers – what it's like everywhere else in the industrialized world, with the sorry exception of the United States. Subversive, because it happened just as the broadcasting industry is about to enter into a period of basic restructuring.

Before last March, when the Trudeau government began to restore the $115-million removed from the CBC budget under the Conservatives, taking that kind of a bath on ad revenue would have been unthinkable.

Saturday, we had a taste of what it feels like to live in a grown-up country where the public broadcaster lives up to its public service mandate.

The audience was huge; the ambience unforgettable; the experience unprecedented. Yes, ad revenue was sacrificed – perhaps as much as $5-million by one estimate. And the broadcast rights must have cost a bundle.

But it was an investment in the country's future, in its social infrastructure, in its cultural cohesiveness. And it could be a prologue to a future in which we join the rest of the industrialized world with a well-funded, commercial-free, public broadcaster that cares about who we are rather than where we shop and what we might be persuaded to buy.

This fall, Heritage Minister Mélanie Joly will launch a federal broadcast policy review in which, she says, "everything will be on the table." That includes the role CBC/Radio-Canada might be asked to serve in today's chaotic media environment, in which private broadcasters are in full retreat from their traditional public service obligations.

Saturday's Tragically Hip concert on CBC Television should be Exhibit A. 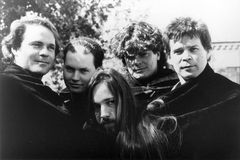 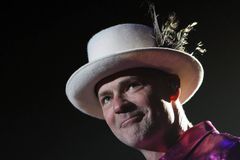