Earlier this year, 95 per cent of Canadians said it is important to ensure farmed animals are treated humanely, even if it costs more. This is quite possibly the one issue we can actually agree on. Although most Canadians eat animals, we are united in having no appetite for animal suffering.

Animal transport regulations, in particular, have been a political battleground for animal welfare advocates and the meat industry.

While the government does not regulate farm conditions – choosing instead to finance and endorse industry-created codes of practice – it does get involved in regulating transport and slaughter because of the food safety and interprovincial trade dimensions.

If the government is going to do something, we want them to do it competently.

But Canada's transport regulations have been criticized as the worst in the Western world, lagging behind the transport welfare laws of the European Union, Australia, New Zealand and the United States.

Transportation is incredibly stressful. For animals that have never left the controlled conditions of indoor modern farms, being crowded into a truck with strangers, deprived of food and water for long periods of time, and exposed to extreme weather is one of the worst ordeals of their abbreviated lives.

It is so stressful, in fact, that millions of animals do not survive the journey to the slaughterhouse. Dropping dead during transportation is so common that law enforcement will not even investigate a truck of chickens from an egg farm, for example, unless at least 4 per cent are dead on arrival.

The Canadian Food Inspection Agency this week published much-anticipated amendments to the Health of Animals Regulations after more than a decade of lobbying from animal welfare advocates, humane societies, veterinarians, animal lawyers and other experts in animal protection.

The proposed regulations are disappointing, barely improving some key areas and entirely failing to address others. A CFIA statement says 98 per cent of shipments are already compliant with the new regulations – in other words, not much is changing.

For example, exposure to extreme weather is a major source of stress, injury and mortality. Animals are shipped every day of the year, regardless of weather, which means that in open-sided trucks they are directly exposed to that day's precipitation, temperature, wind and humidity at top highway speeds.

Yet the proposed regulations simply reword the old weather exposure provision, retaining wishy-washy language that would, in practice, mean animals will continue to be transported in inadequate trucks every day regardless of weather.

There is no reason we cannot require common-sense technological improvements and accountability for non-compliance, following in the footsteps of the European Union. There, vehicles are required to have forced air and heating ventilation systems that keep trucks between five and 30 degrees Celsius. Monitoring systems must alert the driver when temperatures reach either limit, and the data from these systems must be accessible to law enforcement.

Moreover, Canada's proposed new regulations would continue to allow animals to be transported without access to food, water or rest for inexcusably long periods of time, despite this being a main source of international concern.

On-board watering systems – a simple retrofit – would not be required. Pigs and horses could be in transit for up to 28 hours; cows for up to 36 hours; and chickens for up to 24 hours.

The proposed regulations fall short: They would not prohibit animals from being held by their legs or thrown, even though this is a common – and criticized – practice in the chicken transport industry; animals would be overcrowded because specific, measurable, evidence-based loading densities have not been included, as they are in the European Union; they are silent on the issue of using bolt cutters to cut off animals' nerve-filled teeth to the gum line, a common animal management technique (yes, really); they would permit the use of electric prods to shock injured or fearful animals to move; and driving and transport company training and licensing requirements would remain ineffectively weak.

Fortunately, it is not too late for the government to get its act together – there's a 75 day comment period before these bleak regulations become law. Let's hope they will hear the 95 per cent of us who want to shed the dubious honour of having the worst animal transportation standards in the Western world. 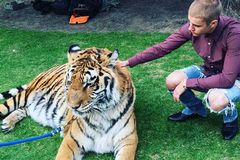 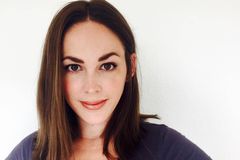