A foreign policy comprises many things. Interests, however defined, often dominate. But values must also be present if that policy is to be more than a series of transactions. Canada has always been a curious country when it comes to foreign policy. Blessed with abundant resources and not specifically threatened, we have always had more scope than most to indulge in ideas. But core interests have traditionally underpinned our foreign policy.

Good relations with the United States are a core foreign policy interest. Yet, even while most Canadians have, sometimes grudgingly, accepted the benefits of a deeper economic relationship with the United States, we have sought through multilateralism and the promotion of new ideas to portray ourselves as somehow different (and superior). This has led to some tiresome mantras and not a little childish grandstanding over the years. But, as someone who travels frequently to many parts of the world, and particularly to many troubled parts of the world, it has also created a sense of Canada in the world that is quite powerful and unique.

What is not generally appreciated is that this approach is not merely self-indulgent; it serves a core interest. Working to strengthen multilateral organizations, supporting the development of norms of conduct in international affairs and contributing to peace and good governance around the world are not simply "nice" things to do – a rules-based international order, expressed through an interlocking web of institutions and commitments, benefits Canada.

A predictable world order where things like trade and security play out according to rules (admittedly something observed more in the breach in many parts of the world) is a world in which smaller countries have a better chance of advancing their interests. This is quiet, patient, painstaking work that rarely generates headlines. Progress is incremental and measured in years. It is less emotionally satisfying to some than yelling at the world from the rooftops. But it makes a contribution, over time, to creating a world that serves Canada's interests.

The Conservatives have stood this on its head. In making foreign policy a reflection of their domestic approach to governance – finding wedge issues with which to detach segments of the population and play to their fears and angers – the Conservatives have given us a bitter, small-minded foreign policy. There are a few notable exceptions, such as the promotion of gay rights internationally, but most of the Conservative approach is centred on angry assertions of simplistic moral absolutes that play well to certain domestic constituencies, but contribute nothing to the world or to unifying Canadians behind a positive vision of their place in it.

With issues such as Israel, Iran, religious freedom and more, Prime Minister Stephen Harper's government is not interested in what Canada can actually do to help in any modest way. It is interested in what bluster and noise it can make to impress a key domestic constituency that it hopes to attract or retain as part of its "base."

Ironically, all of this undercuts what the Conservatives should recognize as an overriding foreign policy objective: good relations with the United States. For example, President Barack Obama's administration currently has a tough job trying to both find a nuclear deal with Iran and promote compromise between Israelis and Palestinians. Both issues are key to avoiding wars in the Middle East in the next decade. The administration needs friends and allies who will quietly roll up their sleeves and help look for answers. What it gets from Canada is bluster and intransigence, as the Conservatives hew to the dictates of the Israeli right in hopes of securing votes in Canada.

Of course, Mr. Obama does not represent the totality of the U.S. political scene. In taking the views they do, the Conservatives are mirroring elements of the U.S. right, especially its Tea Party segment. But is this in Canada's interests? Has anyone checked out the Tea Party's views on things like protectionism and free trade recently? It would be a disaster for Canada if this faction ever came to power.

This drives home the central reality of Mr. Harper's foreign policy: It is about his party's short-term, narrowly defined domestic political interests. It is about negative campaigning and the politics of fear and division. The only good thing one can say (and it is a pretty damning indictment) is that the Conservatives have managed to make Canada so irrelevant to the key issues on the world stage that we can do little damage by taking these positions – except to ourselves.

Peter Jones is an associate professor in the Graduate School of Public and International Affairs at the University of Ottawa. He is also an Annenberg distinguished visiting fellow at the Hoover Institution at Stanford University. 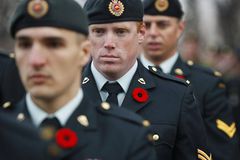 Opinion
Let North Korea test a missile. This game is getting tiresome
April 12, 2013 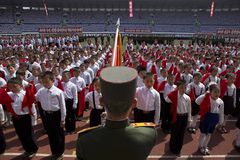