Retired general Paul Manson was chief of the defence staff during the final years of the Cold War. He is patron of the NATO Veterans Organization of Canada.

The federal election campaign, coupled with recent compelling reporting in The Globe and Mail about Canada's military veterans, has stimulated welcome – and much needed – discussion about our veterans and the ways in which they are treated.

But references in two recent and otherwise thoughtful articles follow a disturbing pattern. One article, which included tallies from Veterans Affairs Canada, referred to "685,300 Canadian veterans: 75,900 from the Second World War, 9,100 from the Korean War and 600,300 from subsequent peacekeeping missions and conflicts, including at least 40,000 younger Afghanistan war vets." Another opinion article took up the same theme, referring to Canadian casualties in the First and Second World Wars, Korea, Afghanistan and "numerous United Nations peacekeeping assignments."

Stunningly absent from both accounts is even the slightest mention of what was by far Canada's most important military activity since 1945: Our contribution to the North Atlantic Treaty Organization (NATO) and the North American Aerospace Defence Command (NORAD) in the Cold War, from 1950 to 1990. It was a massive commitment. Several hundred thousand Canadian military members served in the vital cause of deterring Soviet aggression, thereby joining Canada's allies in preventing the outbreak of a third world war and the nuclear holocaust that would have ensued.

And our Canadian soldiers, sailors and air officers were good. At one point, the Supreme Allied Commander in Europe, an American, told me, "You Canadians set the standard in NATO." We were well trained, well equipped and superbly motivated. In spite of unique organizational challenges, we earned great respect from our allies. Our small but powerful mechanized brigade in West Germany was an elite force, given the toughest assignments. Our air force, both in NORAD and in Europe, won numerous competitions, especially with the Canadian-built and powered F-86 Sabre, considered the world's best fighter in the 1950s. At sea, our navy showed that it was a quality force. On several occasions, a Canadian was chosen to command NATO's Standing Naval Force Atlantic.

Canada and Canadians paid a heavy price for all this. To put it concisely, our Cold War operations resulted in more fatalities due to military service than in the Korean War, the Balkan conflicts, the Gulf Wars, Afghanistan and peacekeeping – combined. For aircrew deaths alone, the number was 926.

Why has this been forgotten, to the extent that Cold War veterans apparently don't seem to deserve even a passing mention these days?

Some possible reasons come to mind. Much of this happened a relatively long time ago, much of it far from home – in the north, at sea, in Europe. And news media coverage was much less intensive in the days before real-time TV reporting and embedded journalists. For example, whenever a Canadian airman was killed in Europe (as more than 100 were), he was invariably buried in a small military cemetery in Choloy-Ménillot, France; no ramp ceremony, no funerary procession along the Highway of Heroes, no headlines.

Then there is the mythology that has arisen to the effect that peacekeeping has been the principal occupation of Canada's military since the Second World War. Our Blue Beret peacekeepers did wonderful work back when there were real opportunities for keeping conflicting armies apart, but the reason they were so effective is that they had the skills and credibility that come from having been trained for modern heavy warfare.

Another explanation for the public silence regarding Canada's NATO and NORAD veterans is that there has emerged a troubling tendency on the part of some in this country to look upon those who did not fight in a shooting war as second-class veterans.

My entire career was encompassed by the Cold War years, including 10 years with my family in France and Germany. The Cold War, however, was not a shooting war. I have told Canadians on many occasions that my greatest pride in having served is that, from the end of the Korean War until I retired 37 years later, not a single shot was fired in combat by the Canadian military.

Our job was deterrence, and deterrence worked. We trained for war so that we wouldn't have to fight a war.

It's a shame that the story has been largely forgotten. On this Remembrance Day, my earnest hope is that Canadians, when they pause to commemorate the many sacrifices that our veterans have made through the years, will give a moment to those whose service as Cold Warriors, although unheralded, really made a difference. Lest we forget. 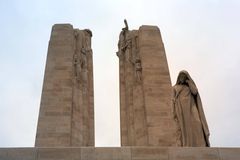 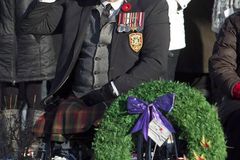 Opinion
As we remember, let’s think about doing more for Canada’s veterans
November 6, 2015 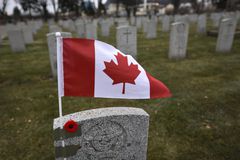