Somewhere in Canada today, someone is making plans to set off a bomb that will kill as many people as possible.

We can be fairly certain of this. The past month alone saw three Canadians accused of helping carry out acts of terrorism, two in Algeria and one in Bulgaria. While Canada has very low rates of domestic terrorism and violent extremism, those rates are not zero. There are believed to be several dozen Canadians actively involved with violent Islamist groups. Someone, almost certainly, is planning the next explosion.

That leads to two questions: How do we find him? And how do we prevent such violent extremists from being created on (or imported onto) Canadian soil?

We now have far better answers than we did a few years ago. In fact, we have a very clear picture of what makes people into violent radicals – and what doesn't.

This week, a large-scale research report by Canada's spy agency, obtained by Globe and Mail reporter Colin Freeze, reveals that much of what we tend to believe is wrong. In A Study of Radicalization: The Making of Islamist Extremists in Canada Today, the Canadian Security Intelligence Service analyzes data on all known Canadian extremists.

They are almost always native-born Canadians, rarely immigrants, and never refugees. They tend to have "a high level of academic achievement," often a university degree, especially in "scientific, computer and engineering fields."

Not only are they not immigrants, but they don't tend to be found within "parallel society" immigrant enclaves. "None appeared to have been marginalized within Canadian society," CSIS says, and the great majority appear "highly integrated into Canadian society." And they aren't radicalized by attending a mosque.

This report's findings are virtually identical to those of several larger studies conducted recently. Britain's MI5 analyzed several hundred violent extremists and found similar non-immigrant (or convert) backgrounds – and that, as in Canada, these terrorists don't come from religious backgrounds. "Most are religious novices," the security service concluded, and, in fact, "there is evidence that a well-established religious identity actually protects against violent radicalization."

There are important conclusions we can draw from these findings. The first is that immigrants, and immigrant communities, have little directly to do with terrorism. They are among those very unlikely to become radicalized. It's not a matter of people bringing foreign attitudes and beliefs to Canada; extremists gained their political ideas here, often from local influences.

As a result, revoking the citizenship of people convicted of terrorism – as Immigration Minister Jason Kenney proposed this week – will do little to combat or deter extremism. Nor will spying on communities of ordinary religious Muslim immigrants, as the New York Police Department admitted it had done for six years (and it didn't find a single piece of actionable evidence after investigating thousands of people). As the CSIS report grimly concludes, it's not that easy.

Second, this isn't a matter of religion causing extremism. Yes, Islamic terrorists are, by definition, very religious, but they usually adopt this religion after becoming radicalized politically. The path from strict religious faith to violence simply doesn't exist – in fact, the most religious are among the least likely to become extremists.

This is a political movement based on a territorial claim (what CSIS calls the "common narrative," which involves securing the "land of Islam" and attacking those who invade or humiliate it). As such, it has more in common with earlier terrorist movements (the IRA, the FLQ) than it does with any widespread beliefs within diaspora communities.

This doesn't make things easy for police or governments. It's a criminal tendency, neither imported nor theological, not rooted in communities or faiths. At the very least, we now know where we shouldn't bother looking. 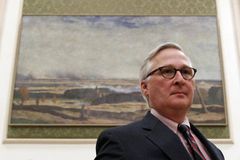