What are we doing with all these soldiers? Now that Canada and its allies are entering what military brass like to call an "operational pause" – that is, a period of peace, without major wars being fought or anticipated – that question is hanging in the air, with a double meaning: Why do we have so many, and, literally, what are we doing with them?

Canada has 68,000 full-time soldiers and another 26,000 reservists, the most we've had in 20 years. Few questioned these numbers during the past 13 years, when virtually our entire military was tied up in Afghanistan. Those years turned the Canadian Forces into a much more professional, experienced force – and then those soldiers came home to discover their support services had been cut. It turns out that the Conservative government is not willing to pay for a military of that size after all – but is unwilling to admit it.

Big armies are no longer a national requirement. The world's few remaining wars are not fought by powerful national armies but mainly by irregular guerrilla forces. While joint international military strikes are likely to take place again, lengthy occupations won't. Terrorism, more rare, is no longer seen as a strategic threat requiring a "war on terror" but as a policing and intelligence challenge. There's a big move toward sharing expensive kit through the North Atlantic Treaty Organization, rather than having every army buy it.

As a result, most Western countries are responding by cutting back their militaries to more realistic levels. The United States announced this week that it plans to cut its forces back to 1940 levels –from 570,000 troops to 440,000. It will still have a bigger budget than the world's next 10 largest militaries combined.

You could point to Russia, whose current incursion into Ukraine began with 150,000 troops massed in an "exercise" on the border. But Russia's army, like many European militaries, is little more than a form of welfare to keep young men employed – the threat to Ukraine is not in sheer numbers of soldiers, but in authority and armaments – and Moscow is currently halving its troop numbers nationally.

Canada does not rely on its military as a de facto social safety net. We do not have huge material and symbolic expectations of our military, as the United States does. Canada should be in a good position to bring it back down to size after a decade of war.

Yet Ottawa pretends that it is not trimming but expanding the Forces. It is still officially following Prime Minister Stephen Harper's 2008 Canada First Defence Strategy, which calls for an increase in troops to more than 100,000 and a 2 per cent increase in spending every year, in order to have a military that can tackle both domestic threats and foreign adventures.

Yet it hasn't happened: As defence economist David Perry concludes, Mr. Harper's budget cuts and freezes have removed as much as $30-billion from the military's inflation-adjusted budget, so Canada is spending less on defence than it did in 2008 – without having reduced purchasing plans significantly or troop levels at all.

"The reality is that everything is going to be more expensive than estimated, so Canada is going to have to make choices, and make do with less," writes Carleton University military-affairs analyst Steve Saideman. "We will have to cut the size of the force (since personnel costs represent 50 per cent of the defence budget), but responsibly so."

How can the Harper government, which is rhetorically committed to an assertive military approach, at the same time starve the military of funds? Last week saw the publication of the 2014 Canada Strategic Outlook by the officers and analysts at the Conference of Defence Associations Institute. It provided one good answer: They don't know what they're doing, and can't make up their minds.

"While the Prime Minister has argued for more teeth and less tail in Canada's national defence, the lack of a clear definition of what the government wants from its armed forces makes it difficult to define a strategy and underpin it with the right equipment, resources and training and to plan joint services operations," report authors George Petrolekas and Ferry de Kerckhove conclude. "In the post-Afghanistan amnesia, there is a kind of ad hoc and often adversarial approach to international issues, particularly toward multilateral diplomacy, which often makes Canada a non-player in times of crisis."

This is the consequence of a military policy that doesn't add up: By trying to have both more soldiers and more new equipment while squeezing the budget, by wanting a do-anything military on the cheap, Canada ends up disappearing from the world.

Canadian warship returns to Halifax after Arabian Sea deployment
May 11, 2018 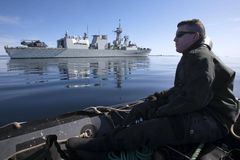 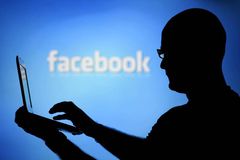 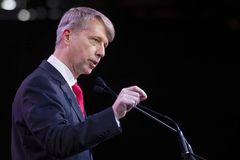