Vivian Bercovici's elevation from corporate lawyer and part-time journalist to Canadian Ambassador to Israel should come as no surprise. Prime Minister Stephen Harper was in the market for a political appointee, one who shared his ideology and the nationalist bias of the current Israeli Prime Minister, Benjamin Netanyahu. Ms. Bercovici's crystal-clear belief system, as characterized in her writing, had drawing power: simply put, no Arab can be trusted, bent as they universally are on Israel's annihilation. "Hamas, the [Palestinian Authority] and just about every government in the Middle East make no secret of their collective ideological commitment to the total destrcuction of the state of Israel," she wrote, in a typical column, less than a year ago. The argument that the new ambassador's rhetoric may not reflect her more private views, as some commentators are suggesting, seems but another rationalization.

It is true that Israel's presence in the region is not readily accepted, and that a strong Israeli Defence Force and its security services must be the ultimate guarantors for the Jewish state. But to suggest that the Middle East is a universal rat's nest bent on Israel's physical destruction belies some very current realities. To imply, as such argumentation does, that King Abdullah of Jordan and General al-Sisi in Egypt sympathize with such endeavours defies belief. There are no greater enemies of jihad than these two Muslim rulers. Israel would be the poorer were they not in place. Indeed, Mr. Harper's government seems to agree in practice, given its increased military and civilian support to the Hashemite monarch, along with the appointment of the former head of Mr. Harper's personal security detail as our ambassador in Amman.

One has to admire Israel's commitment to democracy. Israeli pluralism is to be envied. During my three postings there, totalling some nine years, I was swept away by that country's commitment to pluralism and debate without recrimination. Egypt and Jordan, where I lived for virtually as long, by no means approximate the Israeli model; they represent the contrary. They are both autocracies where the rule of law is sidestepped either for security reasons or too often for mere convenience. Shouldn't we expect that these societies are different, are likely to remain so, and find ways to work with them or around them? To do that, we have to accord Arabs a degree of dignity, something Ms. Bercovici belies in her rhetoric.

Strong criticism of Hamas and Hezbollah is warranted, given their penchant for murder, destruction and intimidation. We should have no truck with those within these organizations who dedicate themselves to violence. But to dismiss the Palestinian Authority and the PLO in the same breath, as she has done, stretches reality to the breaking point. I have spent much of my professional life dealing with members of both these organizations. Today the Palestinian President, Mahmoud Abbas, seems to have run his course; he is unpopular, surrounded by many commonly regarded as corrupt and seemingly impotent in the negotiations process. However he, and his coterie, are committed to viable accommodation with Israel. If his language sometimes is harsh when speaking to domestic constituencies, he shares this trait with leaders the world over. Palestinians feel themselves in a hopeless situation, confined to less than 22 per cent of the territory of British Mandate Palestine, with half the population of that territory. They feel beset by displacement and the often severe physical restrictions which the Israeli settlement movement imposes. More than anything, West Bank Palestinians say, they simply want the occupation to end.

Ms. Bercovici will have her hands full, and much to learn, if she wants to move beyond the simplicity of demonization. The subtleties, nuances and sensitivities of the region and within Israel are incredibly complex. At first glance, things may seem easy: an Israeli government that highly values its relationship with Canada; two Prime Ministers who speak virtually weekly, so strong is their affinity; increasingly tight bilateral ties ranging from intelligence to military co-operation to enhancements to our already-existing free trade agreement; to an improved air agreement benefitting the Israeli national carrier, El Al.

Ms Bercovici furthermore has an open door to engage in the luxury of mutually satisfying rhetoric. The question is whether she will want to use this store of goodwill, of capital earned, to argue for the advancement Canadian national interests: a standard job for diplomats. Despite Foreign Minister John Baird's assurance that she will be accredited to Israel only and not to the Palestinians, hers will be the overriding and all-powerful regional presence of Canada in the Arab-Israeli quagmire. She will likely bypass the Foreign Affairs Department, and indeed Mr. Baird, to deal directly with Mr. Harper and his office.

Will she use this access, influence and trust to take the initiative to effect reconciliation, to speak sometimes hard truths, to council care in legitimizing the Israeli settlement presence, to advise the government that it may not be in our interest to move our embassy from Tel Aviv to Jerusalem, an idea now mooted. On the ground, she will have far greater ability to make judgments. The question is: will she use it, or serve simply as a privileged surrogate?

Michael Bell has served as Canada's ambassador to Jordan, to Egypt and to Israel. He is an adjunct professor of political science at the University of Windsor and teaches at Carleton University. 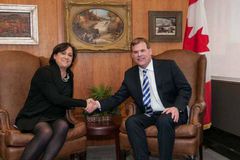 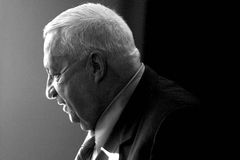