Dr. Malika Sharma is an infectious diseases specialist, and a medical education research fellow at the Wilson Centre, University of Toronto; Dr. Ross Upshur is a professor at the Dalla Lana School of Public Health and the Joint Centre for Bioethics, University of Toronto; Dr. James Orbinski is research chair and professor in global health at the Balsillie School of International Affairs and the co-founder of Dignitas International.

Since the first case was reported in southeastern Guinea in March, this Ebola outbreak has become the worst in human history. The government of Canada recently announced a series of measures to protect Canadians from the spread of the disease. However, these measures are not backed by current scientific evidence and serve instead to undermine public health and humanitarian efforts, and stigmatize the countries and individuals most affected.

Global emergencies call for global responses that are more than charity, and that go beyond funding pledges and self-protectionist border security. Yet, on Oct. 31, Canada suspended the processing of visa applications from residents and nationals of Sierra Leone, Liberia, and Guinea. Now, Canada has gone further to demand that all travellers from outbreak regions undergo mandatory monitoring for up to 21 days. Asymptomatic travellers who are deemed "high risk" simply because of where they come from will be placed under mandatory quarantine. While the Public Health Agency of Canada states that health care and humanitarian workers will be handled on a "case-by-case" basis, the spectre of mandatory quarantine is a significant barrier to scaling up the humanitarian response.

These policies are illogical and anti-public health. They have no sound basis in evidence, and are likely to cause more harm than good. Under the guise of protecting Canadians from the remote likelihood of Ebola coming to and spreading within Canada, the government has issued policies that are costly, not proven to be effective at protecting Canadians (their primary stated goal), and will worsen the situation and stigma faced by the Western African nations hardest hit by the outbreak.

The World Health Organization has expressed dismay with such policies, highlighting the lack of evidence that travel restrictions do anything to curb the spread of disease. In fact, the resultant economic penalties and stigmatization faced by states dealing with outbreaks can actually worsen the spread of disease by incapacitating already strained health care systems, driving migrants underground, and creating a major disincentive for nations to report infectious diseases in their midst. It also signals to other countries that this is an acceptable response to the crisis.

Canada's decision to implement mandatory quarantine for travellers from West Africa is no less controversial. Again, there is no scientific evidence to support this move. The language leaves much room for misinterpretation and there are notable silences as to how "case-by-case" decisions will be made. This policy again constitutes a critical barrier for West Africans and those travelling to serve them, with enormous implications on their capacity to respond to the crisis.

For Canadians, this policy dissuades health care and other aid workers from volunteering, as they face the considerable risk of quarantine, inability to work, and community stigmatization when returning home. One needs only to look at the case of Kaci Hickox, an asymptomatic nurse placed under mandatory quarantine in Maine upon returning from Sierra Leone, to see that these concerns are not theoretical.

Although the recent decisions do not directly contravene the International Health Regulations (IHR), a treaty purposed to help nations combat infectious diseases outbreaks with potential for international spread, they create and exploit loopholes, and they are incongruent with the spirit of the treaty. Canada vehemently opposed a travel advisory during the SARS outbreak in 2003, but seems to have a double standard when the tables are turned.

From the outset, frontline workers from Western Africa and organizations like Médecins Sans Frontières have been calling for medical personnel and supplies to support Ebola treatment centres. We are being beseeched for the human and logistical reinforcements desperately needed by a region grappling with the largest, most deadly Ebola outbreak in history. In response, Canada has enacted travel restrictions and ordered reporting and self-quarantine. We are not listening. In fact, we are getting in the way.

Ours is an irreversibly interdependent world. These policies offer a short-term and false sense of security, and create very real long-term Canadian and global public health risks. They are justified neither by evidence nor ethics, have been condemned globally, and ultimately undermine effective epidemic response and global solidarity. Canada can and should do better. 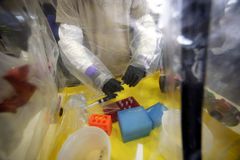 Canada’s Ebola-related visa restrictions criticized for being at odds with science
November 10, 2014