Hurtling toward the moon in December, 1972, the crew of Apollo 17 took one of the most iconic snapshots of all time, of a beautifully illuminated, overwhelmingly blue, planet Earth. The colours reflected not earth but water, not land but oceans. On the spot, crew members nicknamed this image The Blue Marble.

If any single country characterizes our blue planet, it's Canada. It's not just that we have the longest coastline and border three oceans. We have substantial ocean research capabilities; we are a major exporter by sea; we have the world's eighth-largest fishing and seafood industry; and our companies are active players in the oil and gas industries and more recently, seabed mining. It is only logical that Canada should play a proactive, forward-looking role in ocean protection and governance.

The current state of world ocean governance is at best, inadequate, and at worst, non-existent. Each country governs the water and seabed abutting its coast, its exclusive economic zone extending approximately 200 nautical miles from the shore. Beyond these limits, no one is responsible for ensuring the health of over 45 per cent of the planet's surface – a fact that is increasingly anachronistic and damaging because technological advances in fishing and mining, and the impacts of pollution and carbon emissions, have made the entire global ocean vulnerable to human impact. Since fish, plankton and currents don't obey the boundaries between territorial seas and the high seas, the health of Canada's national waters is inexorably tied to its health.

Overfishing is among the best known and most visible threats, but the damage doesn't end there. The ocean is warming and becoming more acidic at an unprecedented rate as a result of carbon dioxide emissions from human activities. We ignore the ocean's declining health at our peril, and risk irreversibly upsetting the vital systems it supports. The ocean provides half the oxygen we breathe, it controls our weather patterns and it provides us with food. The value of these services is incalculable; the cost of damaging them is inestimable. The ocean is in crisis and the time to act is now.

A year ago, I was invited to join the newly formed Global Ocean Commission, an independent organization of 17 individuals from around the world who have come together in partnership with Oxford's Somerville College to address the future of the high seas. Our mission is three-pronged. First, to sound the alarm about the health of the high seas. Second, to produce a blueprint that can reverse the tide of decline in the global ocean. And third, to build a coalition potent enough to ensure the blueprint's implementation. Every sector has a role to play: governments, science, industry, media and the public.

Canada has a clear stake in the high seas, and it also has a tremendous amount to contribute. We are already world leaders in marine research, with many universities taking part.

This scientific commitment should be matched by Canada taking a more progressive position in calling for more effective governance of the high seas. In 2015, the world will agree to a new set of UN Sustainable Development Goals, and the Global Ocean Commission is calling for a strong, separate ocean goal. The commission is also raising the question of whether we need a new, overarching global institution dedicated to the management and sustainability of the high seas. In our increasingly interconnected world, the harsh truth is that the global ocean has no global guardian.

The commission will call on all responsible nations to help chart the way forward for the maximum benefit of humankind. Canada must take up the challenge.

How the government mishandled the fishery library closings
January 13, 2014 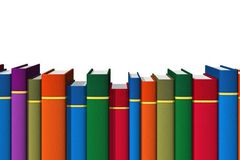