Prime Minister Mackenzie King once quipped that Canada had too much geography and not enough history. With the news that the Bank of Canada will put a woman on a banknote beginning in 2018, Canadians may start to feel that we have a little too much of both.

The decision to put an "iconic" woman's image on a banknote is excellent, and much of the credit should be directed to historian Merna Forster who, for years, has been championing this cause with impressive verve and persistence. The 73,000 signatures she collected on her electronic petition is one indicator of the strength of her cause.

But getting the signatures and agreement of the Bank of Canada may have been the easy part. Deciding who wins the nod to appear on the bill is where the battles and exasperation begin. This is Canada, after all, a country uncertain about how to celebrate greatness (unless it's a hockey player or Terry Fox) and more than happy to knock its heroes down a peg or two through endless fascination with historical peccadilloes.

So who will be on the vaunted new banknote? Perhaps the most obvious candidate is reformer and suffragist Nellie McClung. She led the fight to get women the right to vote in Canada, succeeding first in Manitoba. This year, the country is celebrating the centennial of that achievement. But, for a time, she was a eugenicist and this has some people wary about placing her visage on our currency. In a recent survey of great Canadian women by Canada's History magazine, historian Charlotte Gray was startled to see Mrs. McClung so far down the initial list. "She's been tarred as somebody who had this view that is now repulsive to everybody," Ms. Gray says on the magazine's website. "And as a result it has clouded decisions about her major accomplishments."

If not Nellie, who? In its wisdom, the bank is soliciting nominations from people across the country. Suggestions have been pouring in and shared on Twitter with the hashtag #bankNOTEable. Chatelaine, for example, put forward Celine Dion's name, ignoring the bank's requirement that the notable figure be dead for at least 25 years. Ditto for Prime Minister Justin Trudeau's principal secretary Gerald Butt's suggestion of Nobel laureate Alice Munro.

An advisory council will draw up a long list of 10 to 12 candidates – no problem there. But narrowing down to one iconic woman will be a task fraught with typical Canadian-identity baggage. Will the nominee be a Quebecker? Isn't it time for recognizing an aboriginal woman? Does the woman pass the test of 21st-century political correctness? Canada has a lot more history than we think.

But there is one more conundrum: Which prime minister should be removed in favour of our newly minted cultural touchstone? Wilfrid ("Sunny Ways") Laurier is not going anywhere. That leaves Sir John A. Macdonald; Mackenzie King, the country's longest-serving PM; or Sir Robert Borden, the country's leader during the Great War. As a Conservative, Borden is toast – ironic, though, since he brought forward the legislation granting women the vote at the federal level in 1918.

Here's an idea: Take all of them off, and start over.

Whatever the Bank of Canada decides, it might want to quote Mrs. McClung when it makes the final announcement: "Never retract, never explain, never apologize – get the thing done and let them howl." 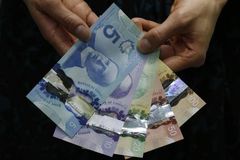 Canada's next series of bank notes will feature an 'iconic' woman
March 8, 2016 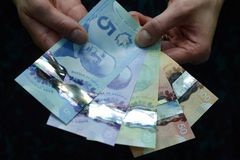 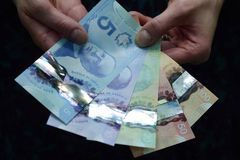