Mel Cappe is a professor at the School of Public Policy and Governance, University of Toronto and former Clerk of the Privy Council.

There has been much written about how people hope the events in Ottawa last week do not change anything. I am of the opposite view. I hope we learn from them and change significantly.

Each time there is such a tragic event as the terrorist killing of a soldier, or a plot discovered and broken up, or an attack on Parliament Hill, we rediscover the primordial importance of our security intelligence service and the necessity of having a robust national police service. It lasts a few days and then we blithely relapse to our complacent, privileged and peaceful Canada ... until the next time.

There is hand wringing and angst expressed that somehow we may overreact and turn our institutions of democracy into overpowering impositions of the state as Leviathan. But we never have. And I am fearful that we will be so Canadian that we will underreact and not change, but rather return to our vulnerable selves.

Of course, I do not want to see the Parliament buildings turned into a fortress. That would not even be successful in protecting them from terrorists. And it would undermine the precious principles of democratic openness and access that we aspire to defend. Neither do I want to see the powers of the state expanded haphazardly and without checks to nominally protect me from terrorists while abrogating my rights to be protected from the state.

Rather, I want to see us learn from these events. We did not lose our innocence last week. From assaults on Parliament in the '80s through the Toronto 18 in 2007, we have known many attacks or threats to our peaceable kingdom. There is a fine line between a deranged outcast and a terrorist.

Each time we are horrified and outraged. Each time we undertake a review of our security and agonize about our freedoms ... as we should. But each time we relapse into our privileged complacency and return to what we had thought was the pre-terror normal. Unfortunately, the continuing threats are normal.

The system worked. Only one innocent person was killed in each of the last two events. One too many, to be sure. But the fact that the killers were stopped before they could do more harm by the bravery and professionalism of our remarkably quick first responders is wonderful testament to the effectiveness and balance of our system.

Can we protect ourselves from these threats? Not in all cases. Is some measure of residual risk and unprotected threat necessary? I am afraid so. Should we expect that there will be others? And should we expect that we cannot prevent them all? Certainly.

But can we do better? Absolutely.

I do not want the government to be able to charge me without me knowing the charge. But I may have to rely on Special Advocates to represent me when my case is heard on a national security charge to protect secret methods and sources before a judge who should balance the protection of all our rights.

I am told that on Friday, the National Capital returned to normal. There was a "poutine fest fork off" on the Sparks St. Mall. This "return to normal" cannot be our response to these horrific events.

I believe we need a powerful and robust Security Intelligence Service that can anticipate and prevent terrorist acts while being subject to judicial checks on its power as well as judicial or quasi-judicial oversight and review.

I believe we need a powerful and robust National Police Service that can effectively investigate, prevent, pursue and prosecute terrorists and prospective terrorists, while respecting the rights of the rest of us ... both the right to be protected from the State and by the State.

This is not a call to arms but a call for a realistic, thoughtful, diligent assessment of risks, readiness and necessary remedies.

Let the deaths of Warrant Officer Patrice Vincent and Corporal Nathan Cirillo and the bravery of Sergeant Kevin Vickers and his unheralded staff, and the RCMP and Ottawa Police Service first responders not allow us to return to our false sense of comfort and complacency.

Rather, let us give the agencies we depend on for our security the constrained powers necessary to protect us. And thus, let us take measured steps to increase awareness and preparedness to the increasingly dangerous world in which we live.

Mel Cappe is a former President of the Institute for Research on Public Policy, Secretary to Cabinet and High Commissioner to the United Kingdom. 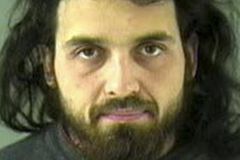