Irene S. Berkowitz is an Instructor in Ryerson University's MBA program at Ted Rogers School of Management and a PhD Candidate in the Ryerson-York University Joint Program in Communication and Culture

I recently presented at the CRTC hearing on the future of Canadian TV, Let's Talk TV, and prefaced my remarks by underscoring that, as an academic, I have no vested interest, other than to help future-proof Canada's TV industry.

My message was simple; Canada should shift focus from supply to demand, and race to embrace the opportunity to enter the global battle for audience attention. With our talent, creativity and production excellence – and no longer burdened by our too-small market – we should be world-beaters.

Since my presentation, the CRTC has spent hours with media giants, who, at times, seem to be attempting to force fit a 20th-century system into a 21st-century reality, rather than embracing the digital future.

Moreover, this future was safeguarded for our industry by CRTC's visionary decision in 1999 not to regulate the Internet. In so doing, the CRTC not only delivered the world to Canada's doorstep, but set up a 21st-century fix for Canada's 20th-century media challenge: our tiny market. Fifteen years later, Canada's industry can choose to get in the global game or not. This is the most salient, yet unstated, issue at the hearing.

It was Harvard's revered marketer Theodore Levitt who famously noted that the demise of the railroad industry came about due to a failure to recognize they were in the transportation business.

Broadcasters are in the program business. TV channels, which are bundles of programs, may no longer be relevant – thanks to the perfectly searchable Internet, with which we've been getting cozy for more than a decade.

Another stinger of Mr. Levitt's seems even more pertinent to the CRTC hearing's 'pick and pay' debate: "people don't want a quarter-inch drill; they want a quarter-inch hole." To follow Mr. Levitt's metaphor of consumer demand, consumers don't care if programs float on a cloud, they want quality programs and don't care how they get to their screens.

To a digital native, 'skinny basic' seems the opposite of 'choice.' How can I choose from 300 channels? I have scarcely any idea which channels my programs are on (is the Masters on NBC, ESPN, Golf Channel?) With my luck, my favourite program will switch channels (like hockey) right after I 'pick and pay.' I have absolutely no idea where my next must see TV will be.

Who ever heard of AMC before Breaking Bad?

As if to prove my point to the CRTC about the value of hit programs, a cable company complained to the Commission about how much more money the formerly-under-the-radar TV channel AMC now wants for its signal, thanks to the mega-success of Breaking Bad.

My personal 'choice' for TV might be this: all access TV with a serious bulk discount. Rather than charge based on channel, charge me for by time, or programs consumed.

Could Internet-style-TV-data-uber-bundles be win/win for consumers and TV providers? At the hearing, the word 'free' was used to explain that cable companies incur no extra cost whether they deliver one, three, or 300 channels to a consumer. All access TV could open the possibility that unexpected programs on unexpected channels, like Breaking Bad, could get my attention – even obsession.

While attending the hearings I wondered if CRTC might be disappointed by a lack of enthusiasm to seize the moment while the system still works? Time is ticking. My MBA students – most of whom have no cable subscriptions – were excited to learn that while media convergence may take a decade, even it will soon be old news.

The next big thing to compete for my screen attention will be the IOE: Internet Of Everything. To date, only 1 per cent of things that could be connected to the Internet are. Breaking Bad might not hold my attention against messages from my body (walk; you've been sitting too long); my fridge (ordered the eggs you need for brunch); and my car (just dropped Johnny at school; be there in 5).

As I watch this hearing, even I am thinking of cutting my cord, trashing my ridiculous remote, and waiting for the app. 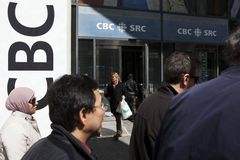 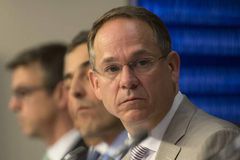 CBC/Radio-Canada bosses say Canadians ready to pay to get broadcaster
September 12, 2014
Follow us on Twitter @globedebate Opens in a new window
Report an error
Due to technical reasons, we have temporarily removed commenting from our articles. We hope to have this fixed soon. Thank you for your patience. If you are looking to give feedback on our new site, please send it along to feedback@globeandmail.com. If you want to write a letter to the editor, please forward to letters@globeandmail.com.
Comments