When the news was announced that the Catalan parliament had voted to declare independence, and engage in the process to separate, like many other Canadians, I felt disappointed.

Hours later the Spanish Senate approved the suspension of Catalan self-rule, dissolved the Catalan parliament and called for a snap election to be held in the region on Dec. 21.

I know for a fact that other outcomes were not only possible, but within reach.

Canadians may feel that they have seen this play out before only with a different ending. That is only partly true.

We may also ask ourselves whether this is part of a bigger more important trend that has taken hold throughout the world and that may come back to haunt us; the referendum in Scotland, Brexit and now Catalonia.

Why is this happening and how does it relate to us?

Separatist movements are mostly motivated by the politics of identity and recognition as opposed to economics.

No reasonable person would argue that either Quebec, Scotland or Catalonia were suffering from economic hardship or for that matter were the subject of some form of political oppression. In all these cases, nationalist movements were fuelled by the sense that their people were not recognized and respected by their partners and their governments.

This sentiment is typically built up over time and translates into an inventory of real and imagined grievances that make the case for a binary choice between "us" and "them."

We live in a world that needs to recognize and accommodate multiple identities. This is why many countries have come to choose a federal structure of government.

This allows us to share common core values while respecting local, regional and, yes, even national differences that are not in contradiction with our shared values.

But there are basic conditions required for those countries to succeed. They must have the ability to recognize and demonstrate genuine respect for others. I'm thinking here of language, education, culture and specific institutions.

And there is also the basic, simple and indispensable commitment to a continued and open dialogue no matter what the circumstances and no matter how hard it can be. On that count the political leadership in Madrid and Barcelona has failed.

In 2011, I lead an official visit to Spain and to Barcelona in particular. Our Catalonian hosts, including the president of the government Artur Mas were naturally very interested in the experience of Quebec and Canada.

The Spanish courts had recently overturned a constitutional proposal that would have recognized Catalonia as a nation. This agreement had been ratified through a referendum in Catalonia and approved by the Spanish Parliament.

After the court ruling, there was no appetite to return to the negotiating table and to re-engage in a new dialogue.

At the press conference that was held at the conclusion of our mission, I remember my friend president Mas, who was not advocating separation, saying to the media that Catalonians would in all likelihood be satisfied to have within Spain the same type of arrangement that Quebec has within Canada.

By the way, I believe that is still true today.

The issue now for Catalonia and Spain is whether both sides are able to engage for the sake of the people they represent, in a dialogue that goes beyond confronting the argument of the rule of law (Spain), to the democratic right of the people of Catalonia to vote for their future.

It is late in the day but not too late. 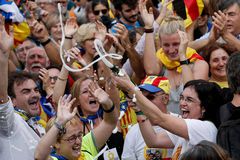 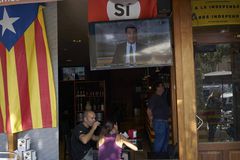 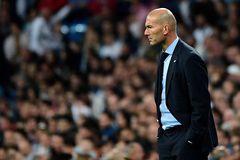