Dealing with piracy is proving to be an increasing problem for the world. International law gives navies the authority to deal with piracy on the high seas. But since piracy is a crime, the prosecution of the pirates must be conducted under the national criminal law of that state, including all the procedural and legal safeguards that must apply. This has proved extremely difficult for Western governments, since our required standards of justice, including right to counsel, speedy trial and standards of proof, are often difficult to comply with on a warship thousands of kilometres from the courts involved. When you add the fact that many of these pirates are under 18, the problem becomes legally almost insurmountable.

The outbreak of piracy in the Horn of Africa highlights the fact that, in that region (as well as in many of the other areas where piracy is a problem), more than half the population is under 18. About a third of the pirates captured recently are reported to be 14 or 15. This is not surprising when you consider the parallel problem of child soldiers in many of the conflicts around the globe. Like child soldiers, child pirates are plentiful, easily indoctrinated, armed, fearless, cheap and viewed as expendable by the adults that employ them. In addition, it must be remembered that child pirates are often coerced into joining or have very few alternative options for survival.

According to the United Nations Convention on the Rights of the Child, a child is anyone under 18. Canada's Youth Criminal Justice Act requires that those under 18 be handled differently from adults when charged with serious crimes. Canada and other countries are signatories to the International Labour Organization Convention 182 for the elimination of the worst forms of child labour. The employment of children in criminal activities is considered to be one of the worst forms of child labour.

You can see the problem. Once you've apprehended a group of suspected pirates that includes children, the "child pirates" must be handled differently from the adults. If you arrest them and try them, you must do so in accordance with the appropriate Canadian legal standards for dealing with juvenile crime. But if you decide to catch and release, then you're putting children back into one of the worst forms of child labour, something you've agreed not to do. So what are your options?

Fortunately, the situation has potential solutions. Along with the efforts to eliminate the use of child soldiers, there's an increasing international mobilization against the use of children for criminal purposes. To date, the view has been that employing children in criminal activities is a national problem. Piracy, however, is seen as an international crime of international concern, so the problem of child pirates is everybody's problem.

From an anti-piracy point of view, this is advantageous, because it can accomplish two aims.

First, it provides a legal justification for removing children from the pirate gangs, and putting them into schools and programs, funded by the international community, where they can be given education and training. This will potentially cut off the supply of new recruits into the piracy business at a considerably cheaper cost than the $12-billion that piracy is currently costing the world economy.

Second, it provides a mechanism for going after the financiers of piracy. While international law currently allows states to take action against piracy at sea, there are no effective mechanisms for charging those who support the piratical activities. Instead, judicial proceedings for piracy cases have criminalized the children who've been caught, a seemingly cowardly and misguided effort. But the employment of children in armed conflict and criminal enterprises is something for which there are potential legal remedies available. The International Criminal Court has the power to prosecute cases involving those who employ children in armed conflict. Expanding the jurisdiction to include the arming of children for use in international criminal activities could be a first step in making the pirate leaders and financiers subject to prosecution as international criminals. The key may lie in our ability to make connections between non-state armed group activity and piracy gangs.

On the eve of Feb. 12, the International Day Against the Use of Child Soldiers, it's important to remember those who work for the elimination of the use of children by armed groups and criminal organizations. They are looking at the issue of child piracy as a way of bringing the problem into the international sphere. The solution to piracy must take place on land. If children are a key engine to the piracy gangs, then criminalizing and vigorously pursuing those who employ children in piracy activities, much like the efforts to pursue leaders who recruit and use child soldiers, could give the international shipping community and the anti-piracy forces the hammer they've been looking for to drive piracy from the seas.

Senator Roméo Dallaire is a retired lieutenant-general and former commander of the UN Assistance Mission for Rwanda. Hugh Williamson is an adjunct professor with Dalhousie University's Marine Affairs Program and project manager for Dalhousie's Marine Piracy Project. Shelly Whitman is director of the Child Soldiers Initiative, founded by Mr. Dallaire. 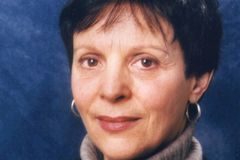 Somalia rescue aside, expensive ransoms are route to freedom for most hostages
January 25, 2012 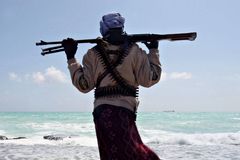