Young people today spend a lot of time staring at screens – immersed in video games, websites, social media, even old-fashioned TV – and during that time they are often bombarded with advertising, almost all of it for junk food.

On TV shows aimed at kids, they will see about five ads for sugary and salty treats an hour, and that's with regulation (or at least self-regulation by industry).

On video-sharing, communal game and other websites, including educational sites and flashy adver-games, the banner ads and pop-up ads are relentless. In cyberspace, there are no rules.

"The level of food and beverage marketing online is very high and almost all products advertised are unhealthy," says Monique Potvin Kent, an assistant professor in the school of public health at the University of Ottawa who conducted research on marketing to children for the Heart and Stroke Foundation of Canada.

She found, for example, that children between the ages of two and 11 view more than 25 million ads annually, and that's just on 10 websites. It's impossible to say how many ads individual children see, though it's certainly in the thousands.

One would be hard-pressed to come up with a list of more nutritionally devoid and calorically-dense sugar- and salt-laden pseudo-foods than that one.

Every parent also knows about the "nag factor," the ability of children and teens to influence food purchases, and how it's sometimes easier to give in to the Tony the Tiger-inspired demand for Frosted Flakes than holding your ground for granola.

Marketers estimate that as much as 90 per cent of food choices are driven by kids. This matters because, in the process, they will be establishing life-long food preferences and habits.

Already, ultraprocessed "foods" make up more than 60 per cent of the average Canadian family's food purchases. The increase in consumption of processed foods correlates pretty closely with the rise in obesity rates. (About 60 per cent of adults and 26 per cent of children are overweight or obese, according to Statistics Canada.)

In its report, titled "The kids are not alright," the Heart and Stroke Foundation makes a pretty compelling case for regulation of advertising junk food to children and teens.

The federal government seems open to the idea, with restricting marketing to children one of the priorities of its Healthy Eating Strategy.

Bill S-228, an Act to amend the Food and Drugs Act (prohibiting food and beverage marketing aimed at children), is also wending its way through the parliamentary process. The proposed legislation, championed by Senator Nancy Greene Raine, would ban marketing of food to children, including advertising on TV, online, in print, and on labels and packaging. It would also outlaw the use of testimonials and endorsements aimed at kids by any "person, character or animal, whether real or fictional."

The future for spokescharacters such as Tony the Tiger in Canada doesn't look grrrrrr-eat.

Bill S-228 initially called for a ban on marketing to children 13 and under, but Ms. Greene said recently that will be amended to make it 17. There could be further amendments after the Science and Technology Committee reviews the proposed law later this month.

Quebec has banned advertising of fast food since 1980, and that law is credited with lower rates of obesity and fast-food consumption in the province. Other countries, such as Sweden, Finland and Greece, have strict controls on marketing to kids, and both France and Britain have proposed legislation in the works.

The Heart and Stroke Foundation, to its credit, stresses that marketing restrictions are not a panacea, but just one part of a broader strategy to improve our diets (and food choices) that include making healthy food more accessible and affordable, and teaching kids such basic skills as how to cook.

In other words, our relationship with food has to improve. Sparing kids a daily onslaught of ads for unhealthy foods is as good a place to start as any.

Opinion
Making kids do a ‘daily mile’ misses the bigger point about fitness
May 17, 2018 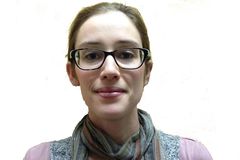 Opinion
Pass the butter: The experts were all wrong
May 16, 2018