In 1968, when the Canadian International Development Agency began its 45-year life, the world was a very different place.

A reasonable observer might have concluded then that the world was sliding into a Hobbesian slough of violence, poverty, overpopulation and totalitarianism. The end of colonialism had created great hope and proud independence in the eastern and southern quarters of the globe, but, by the late 1960s, many of these postcolonial regimes had decayed, with the help of Cold War manipulation, into grasping autocracies.

Poverty wasn't just deadly, it was nearly genocidal. Just six years earlier, as many as 45 million Chinese died in a single famine; 1968 would see a million die in western Africa; in 1974, another million would perish in Bangladesh. These deaths were not ecological but political in cause.

This, we now know, was a transition, one that would stretch from the 1950s well into the 1990s. After the terrible "lost decade" of the 1980s, when dozens of those countries fell into severe economic and political crises and wars, the story became one of rapid improvement, democratization and mass escape from poverty, one that continues today.

Now that CIDA no longer exists – Thursday's federal budget killed the name and the existing bureaucracy, though not aid spending itself – it's worth asking what it was all about, and what ought to replace it.

Development aid (as opposed to crisis aid, which will always be with us) was a distinctly postwar industry, one that employed tens of thousands in complex and expensive missions with indistinct outcomes.

CIDA and its sibling organizations in other countries spent billions every year. Sometimes, this was justified on security grounds – to prevent these countries becoming allied with threatening superpowers. Sometimes, it was done for commercial reasons, to create markets for the West's exports. Occasionally, it was simply altruistic.

If you had visited Kenya or Ecuador or Bangladesh in the golden years of development aid, you might have been convinced that Western aid staff had replaced the state as the most visible face of authority. Yet, as we know today, aid during those first few decades, despite some noble projects and lasting initiatives, had little substantial effect.

At first, CIDA's main role was to help build roads, dams and airports; this, in effect, often meant giving unsavoury dictators large sums of money, much of which went straight to bank accounts in Monaco and Switzerland. Then, in the late 1970s, it shifted its spending to the village – or, at least, to programs meant to aid peasants.

This also amounted to little. A scholarly review of CIDA on its 10th anniversary found that its then $1.2-billion budget ($4-billion today) had "only marginal relevance to the needs of poor Third World countries" and that it had little idea where most of its money had gone.

A lot of it never left home. In 1980, 60 per cent of CIDA's budget was spent in Canada, on products such as Massey Ferguson tractors and Prairie wheat that were given away or sold at discount overseas – often to the ruin of tractor vendors and grain farmers in poor countries. At the time, CIDA had only 52 people working abroad, and a thousand employed in Ottawa.

While aid became more sophisticated and somewhat more accountable after the end of the Cold War, the practice of forcing Canadian products on poor countries continued; as recently as 2007, half of Canadian food aid consisted of such "tied aid," and the practice was only fully phased out last year.

Much of what the agency has done in recent years involves giving money to aid and development organizations in other countries or establishing public-private partnerships with businesses and agencies; some of this work is of great benefit, some of it merely self-perpetuating.

The past 20 years have seen the greatest reduction of world poverty in history. Not only has aid had almost nothing to do with this, but a decade of scholarship has failed to show any link between aid projects and economic growth. Last year, a huge survey of 6,000 aid recipients in 20 countries found that, while people are happy to be receiving money from abroad, most feel the aid has failed to accomplish any larger goal.

What's happened in 45 years is that the postcolonial era has ended. The divide between "first" and "third" worlds has lost its meaning, along with its bond of dependency. There are still good reasons to maintain a helping hand in the poorest corners, but the end of development aid is not something to lament.

Opinion
Once a leader, Canada disappearing from the developing world
March 22, 2013 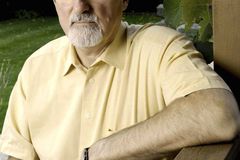 Opinion
Barbara McDougall: In merging aid with foreign affairs, Baird has his work cut out for him
March 22, 2013 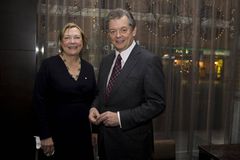