Vancouver, seductive and beautiful, remains too much a branch-plant kind of town. Compared with Seattle and Portland, to say nothing of northern California, it needs more innovation to push homegrown enterprises to do business outside the local market.

David Helliwell, 38, is trying to do just that. In five years, Mr. Helliwell and his silent partner, a man who made a lot of money developing and selling a large business, has built Pulse Energy into a company that employs 50 people, has enjoyed close to 100-per-cent quarter-over-quarter growth and, if all goes well, might be employing hundreds of people in the near future. From a company whose first contract in 2006 was with an aboriginal band of 100 people, Pulse now works throughout Western Canada and is branching out to other countries.

Mr. Helliwell is building the company from Vancouver, his hometown but a place he'd left to work for many years in Paris, Ottawa and Australia, where he tried his hand at being a professional surfer. He also worked for a year with his father, John, a distinguished economist at the University of British Columbia, on researching the "brain drain," a hot-button issue a decade ago.

His father thought the fear overblown, said so vigorously in his writings, and might now take some satisfaction in seeing that his son's company has recently recruited two high-flying professionals from Orbitz in Chicago.

"People from around the world want to live here," David Helliwell said the other day. "We can play a role in making Vancouver a hub for clean technology."

Bottom-line improvement gets married with social objectives at Pulse, because the knock-on impacts of greater energy efficiency include fewer greenhouse-gas emissions. The marriage might explain, in part, why three former heads of the Vancouver chapter of Engineers Without Borders are working for Pulse.

Commercial property owners are a prime target for Pulse, as are public institutions with many buildings such as health and education departments and universities. Pulse designed energy efficiency programs for the Vancouver Olympics, and company representatives are off to London to advise Olympic officials on the 2012 Summer Games.

The B.C. government and Vancouver-area municipalities have made promoting clean energy a key policy objective. The federal attitude toward clean energy is more ambivalent.

Ottawa's Sustainable Technology Development Fund gave money to Pulse. But the best way to spur clean energy would be to price carbon emissions, either by a tax or a cap-and-trade system, neither of which appeals to the Harper government. Climate change for the Harperites, after all, is a subject best avoided or played down.

"Not having national action generally slows things down," Mr. Helliwell says. "This is the way the world is going, so why don't we figure out how to get ahead?" Good question. He adds about carbon pricing: "People should pay an appropriate price for something that will ultimately hurt them."

Mr. Helliwell wanted a company not dependent on the vagaries of government policies or subsidies, such as solar or wind energy. Energy efficiency improvements, by contrast, are all about self-interest for companies and individuals. And companies are sometimes helped by a region's reputation. Being from B.C., he says, gains Pulse a good hearing in places such as California, because of the province's reputation in the fight against climate change.

Who knows where Pulse Energy will be in five years? The free market is a dynamic - sometimes cruel - place, full of competitors in a field that common sense dictates will be a growing one. But if the past five years offer any guide, the marriage of venture capital, some government money, smart people with a cause, and a solid business plan should mean good days ahead for Pulse and maybe, some day, a company of some size headquartered in Vancouver, owned by Vancouverites. 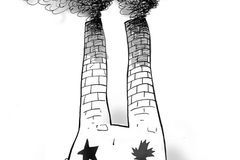 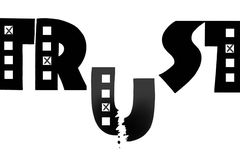 Opinion
Extreme affordability: Why we must wear the user's shoes
August 23, 2010 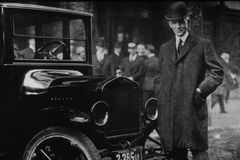