A funny thing happened since that blockbuster UN report in 2007 called for urgent action on global warming. The world stopped warming up.

This fact is a monumental PR headache for the UN's Intergovernmental Panel on Climate Change, which is set to issue the first part of its next report on Friday. It's hard to call for urgent action when nothing much is happening.

Behind the scenes, there has been a fair amount of discord at the IPCC about how (or whether) to explain the awkward hiatus in temperature increase, which has now lasted 15 years. According to a leaked draft, the report will explain that such a lull is normal. It will argue that the long-term trend remains unchanged, and that global warming will soon return with a vengeance.

So, if carbon dioxide is still building up in the atmosphere, where did all the extra heat go?

There are a lot of explanations. Many scientists argue that the heat is trapped in the deep ocean and will eventually be released into the atmosphere. "The heat is not missing," Andrew Weaver, a climate scientist who is now a Green Party member of the B.C. Legislature, assured the Associated Press. "The heat is there."

Other scientists cite mitigating factors, such as shifts in ocean currents, lower levels of solar activity, stratospheric water vapour, aerosols, clouds and volcanic eruptions. In other words, global warming is a lot more complicated than we've been led to believe – and possibly a lot less catastrophic. There is growing evidence that the climate simply isn't as sensitive to greenhouse gas emissions as we thought it was.

As for those much-hyped climate models – they're worthless, at least in the short term. They couldn't predict what's just happened. A recent study by Francis Zwiers and other scientists at the University of Victoria, published in this month's Nature Climate Change, examined more than a hundred climate-model simulations and found that almost all of them had "significantly" overestimated global warming over the past 20 years.

When it comes to the intricacies of climate change, the science is notoriously unsettled. The only consensus that exists is the well-established fact that human activity is contributing to global warming. Beyond that, it's all hypothesis and speculation. Climate change is for real – but its magnitude and impacts are riddled with uncertainty. There is no consensus on how much and how fast the Earth will warm up, or what will happen to sea levels, storms, polar ice and all the rest, or what the overall impact will be on the planet. And when it comes to what all this may mean for your grandchildren, the certainty goes down to zero.

Global warming's credibility problem is not the deniers' and the skeptics' fault. It's the fault of activist scientists, Al Gore, and the IPCC. They've cried wolf too much. They've vastly overstated what the science "says," and treated anybody who is the least bit doubtful as the enemy.

It's not helpful that so many of the policy solutions devised by politicians and technocrats have been ruinous. Carbon trading schemes in Europe, vast solar subsidies in Spain, costly green energy investments in Ontario – all have crashed and burned. Now the backlash has begun. The new government of Australia, once known as a green leader, has killed the carbon tax and abolished the climate change commission.

Even Germany is being forced to rethink its "energiewende" – green energy revolution – as heavy industry flees and consumers protest their soaring fuel bills. The climate for drastic action has cooled a lot since that apocalyptic UN report back in 2007. Activists had better hope the planet starts heating up again, soon.

A veteran voice in the wilderness takes charge at B.C. Sierra Club
September 22, 2013 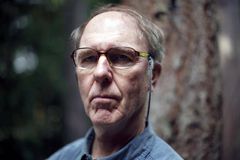 The biggest threat to the global economy? The weather
September 6, 2013