Jessica Scott-Reid is a Canadian freelance writer and animal advocate.

A video was released this week apparently showing geese being thrown and crushed at a Manitoba farm that supplies down to jacket manufacturer Canada Goose. The video, from People for the Ethical Treatment of Animals, has reignited outrage over cruel practices common in the outerwear industry. While trapping and skinning coyotes for fur trim has typically been the source of much condemnation toward companies such as Canada Goose, the spotlight is now on another archaic and unnecessary practice: the use of bird down to fill winter outerwear.

Canada Goose and other popular brands like North Face and Patagonia say their businesses operate with animal welfare in mind. On their websites, each company attempts to assure consumers that their down is sourced ethically, from animals that are killed before plucking rather than via the heinous practice of live-plucking and as a byproduct of the meat industry, not the notoriously cruel foie gras industry which engages in force-feeding. The companies use terms such as "without unnecessary harm," "traceability," and "third-party audited" to demonstrate their concern for animal welfare.

But killing animals for clothing is not morally sound. In 2017, birds do not have to suffer in order for humans to keep warm in the winter. Industrialized animal farming is, by its nature, intrinsically cruel. Animals on factory farms and in assembly-line slaughterhouses are treated as mere product, with little to no regard for their well being. It is common for farmed birds to be grabbed and thrown onto trucks (as the footage from James Valley Colony Farms apparently shows), before being forced to endure long travel times and terrible conditions. Upon arrival, birds are handled much the same for unloading, only to then be shackled upside-down and sent down a conveyer belt to their death.

"The way the animals in the footage are treated may seem shocking, and one would hope it's anomalous," says Canadian animal rights lawyer and director of farmed animal advocacy for Animal Justice, Anna Pippus. "But these are largely standard practices across bird farming. Catching, transport, and killing methods are inherently inhumane, subjecting animals to fear, injuries, and inadvertent deaths."

The response from JVC Farm's operator is not one of shock or disgust but rather a simple promise to retrain its staff, which affirms just how mundane these acts of cruelty are to those who see it every day.

Of course, Canada is cold, and the task of seeking out the perfect coat to protect from the elements as well as fit one's personal style is a cultural tradition. But the belief that only animal-derived materials can ensure our comfort through winter, is outdated and incorrect.

Mari Vazquez, a spokesperson for Canadian company Wully Outerwear, says its line of exclusively vegan jackets not only hold up to its down-filled competitors but even excel in cold-weather protection. It uses a material called PrimaLoft, she says, "which outperforms down." Created for the United States Army in the 1980s, it is a synthetic microfibre thermal insulation material that, Ms. Vazquez says, retains 98 per cent of its heating properties even when dampened by sweat or snow. The jackets undergo testing in regions across the country, including in Yellowknife, Quebec and Alberta. "They are completely Canadian winter proof," says Ms. Vasquez. "People who have a Wully jacket can tell you they're as warm and even more so [than down], and they don't have to be supporting those cruel practices." Wully jackets are sold for about the same price as Canada Goose. North Face and Patagonia also offer comparable down-free options.

In 2017, where alternatives exist, it is no longer ethically reasonable to utilize animal-derived products to keep us warm. And, as fashion powerhouses like Gucci, Armani and Calvin Klein get the ball rolling with bans on fur, the use of down is set to go out of style. 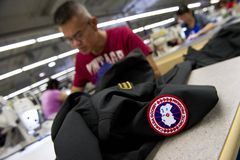 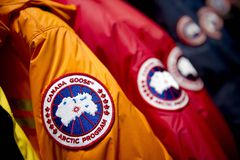