Kent Roach is a professor of law at the University of Toronto.

A jury has now been selected in Gerald Stanley's second-degree murder trial for the killing of a 22-year-old Indigenous man, Colten Boushie. In a trial that some have called Canada's Rodney King case because of its divisive and ugly racial overtones, jury selection only took a day.

The Canadian way of selecting jurors may be efficient, but it is not fair. Jade Tootoosis, Mr. Boushie's cousin, commented that "It was really difficult to sit there today and watch every single Indigenous person be challenged by the defence." Another of Mr. Boushie's relatives complained, "the deck is stacked against us".

Although it would be wrong to presume that the jury is incapable of deciding the case on the basis of the evidence during the scheduled three-week trial, Mr. Boushie's relatives are right that the deck is stacked against Indigenous people in Canada when it comes to jury selection.

That is a big problem that we have known about for decades. In 1991, the Manitoba Aboriginal Justice Inquiry (AJI) chaired by Justice Alvin Hamilton and then-Justice, now Senator, Murray Sinclair, found that the white men accused in the murder trial of a young Cree woman Helen Betty Osborne were able to have a jury with no Indigenous people for a trial in northern Manitoba where 50 per cent of the population was Indigenous.

Why? The ability of both the accused and the prosecutor to exercise peremptory challenges of prospective jurors without giving any reason or justification. Such challenges, where the accused or the prosecutor look the prospective juror in the eye and simply says challenge or not, are a stone-cold invitation for jury selection to be infected by conscious or unconscious racist stereotypes.

The American courts have been more alive than Canadian courts to the dangers of discriminatory uses of peremptory challenges. They have developed a complex system where lawyers have to give "non-discriminatory" reasons to keep people off the jury that they do not like. That is one of the reasons why U.S. jury selection takes so long.

But the AJI proposed a better and simpler solution more than a quarter of a century ago: Abolish peremptory challenges. Successive governments have ignored this easy and simple amendment to the Criminal Code that would stop people being kept off juries simply because the accused or the prosecutor does not like the look of them.

Abolition still leaves defence lawyers with the ability to challenge prospective jurors on the grounds that they will not be impartial. Canadian courts strictly control the questions that prospective jurors can be asked, but they have allowed some bare-bones questions about racial bias.

Jury selection is not just an issue for the accused. The prosecutor should be concerned about racial bias and should have questioned the North Battleford, Sask., jurors about such bias. The case will test Canada's defence of property, which was expanded in 2013 to give juries more discretion in determining whether acts are "reasonable in the circumstances".

Fair trials have to respect the equality rights of victims, as well as the rights of the accused. As the AJI warned in 1991: "Both the Crown and defence counsel have too many opportunities, through the use of peremptory challenges … to make decisions on the basis of racist or sexist stereotypes."

Another problem in the Boushie case is that it is likely that Indigenous people were under-represented in the panel of prospective jurors. Many would have had to travel long distances to North Battleford, the town in the district where jury trials are held.

Some may have simply lost faith in a criminal justice that disproportionately imprisons their sons and daughters (Indigenous people make up more than 80 per cent of Saskatchewan's prison population) while failing to protect them from disproportionate rates of victimization.

A 2015 Supreme Court of Canada decision ruled there is no automatic right for Indigenous people to be proportionately represented either on panels of prospective jurors or on the 12-person jury. The court accepted dramatic Indigenous under-representation on jury panels in northern Ontario.

But justice for all must still be seen to have been done. Reasonable perceptions that jury selection and trials are stacked against Indigenous people have long existed.

Reform will come too late for the Boushie case, but it must come. 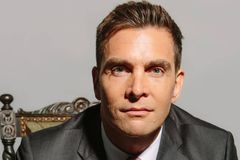 Trial begins for death of Colten Boushie, a killing that exposed racial divide in Saskatchewan
January 28, 2018 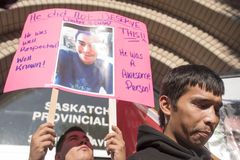 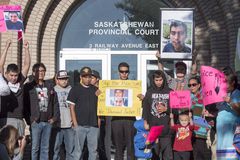