There are, in the tony neighbourhood of Yorkville here in Toronto, two grocery stores. There's Pusateri's Fine Foods, founded in the 1960s by Sicilian immigrants to Canada who had the vision to know that I'd one day pay $14.99 a pound for winter cherries; and there's Whole Foods – wherein shopper after shopper seems to confront their own mortality in every aisle.

"If I don't buy that …" and "I should eat that, or …" are the subtext slogans of every vitamin supplement and unheaping, supposedly healing helping of food, each one boasting that it has been liberated from the burden of containing whatever was once its soul.

Mark my words, if there's ever a battle in Yorkville, it will be fought along those lines.

Many people are now frightened of, or at least preoccupied by, food. It's as if a part of us needs to be consumed with eating, and the abundance of food we face in the Western world has left our inner hunter-gatherers adrift and unfulfilled. Perhaps some vestigial primordial urge compels us to pick our way silently across acres of grocery store – sharp-eyed, alert and slightly competitive.

Mushrooms and berries are now preselected for our pleasure – safe and perfect. Do we now imagine other poisons? Hone our skills at detecting them? Boast of these discoveries to other members of our tribe?

Do we miss the hunt? Do we need to track down a waiter, drag him over to our table and grill him for a few hours before we can be satisfied by a meal? Or do we bask in the illusion of control over our lives and deaths that our sacrifices and fasts give us – our more secular times having left another, perhaps more keenly felt hole?

Certainly if picky eating is our new faith, it has its saints (Gwyneth Paltrow), community and many sacred texts. Several new ones were published this week when headlines announced that the existence of non-celiac gluten sensitivity, commonly known as gluten intolerance, had been conclusively proved.

In fact, the study, titled Small Amounts of Gluten in Subjects with Suspected Non-Celiac Gluten Sensitivity: A Randomized, Double-Blind, Placebo-Controlled, Crossover Trial, proved no such thing; some journalists reporting on the study opted to quote only from the abstract, which created a false impression.

What the study largely demonstrated isn't that gluten sensitivity is real, but that very few people who believe they have non-celiac gluten sensitivity show any signs of having it. This is hardly surprising, as it is possibly an illusory condition. A 2013 study at Melbourne's Monash University looking at people who self-diagnosed as gluten-intolerant found "no evidence of specific or dose-dependent effects of gluten in patients with NCGS."

Celiac disease, to be clear, is very real. Gluten is kryptonite for the estimated 1 per cent of people who suffer from it. It's real the way peanut allergies are real, and deadly. These are the kinds of conditions that risk being trivialized by the 30 per cent of Americans, for example, convinced they're "allergic to gluten" – a condition which many gluten-free-snake-oil salesmen are happy to treat. One National Institutes of Health study concluded that, on average, the retail cost of gluten-free products is 242 per-cent higher than that of regular versions of the same products.

Back when my two children were in elementary school, it seemed as if half the mothers there cut gluten from their diets at the same time. It felt as if every week I'd hear a mother, fresh from a visit to a naturopath, rail about how, because of the evils of gluten, she had no energy. Gluten made her feel heavy and depressed. French bread, she was sure, was sucking her joie de vivre. Left in her life, gluten would be the ruin of her, I'd learn of yet another mother during afternoon pickup.

These women hated gluten. It did occur to me that there might be some anger being unfairly projected onto the two hapless proteins that make up gluten – gliadin and glutenin. These proteins sound like Knights of the Round Table for a reason, people. They're what gives bread its elasticity; and that, for most of us, is a noble cause.

My projected-anger theory may be right: I'd run into some of these same women a year later, happy as clams, downing a croissant in some café, and the second sentence out of their mouths would be, "So I divorced my husband!"

Of course, people can eat whatever they like. All the more gluten for me.

I don't eat anything with arms – no octopuses, no monkeys – but that's just a preference, not something I'll ever frame as a condition.

Certainly it's not something over which I'd be willing to go science-free.

Which is better – enriched white pastas and breads, or whole grain?
March 2, 2015 Save the red ones for later: Nestlé Canada rolls out ‘healthier’ Smarties packaging
February 26, 2015 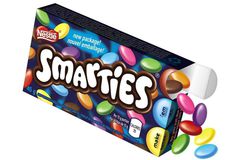 McDonald’s is phasing out meat from chickens raised with antibiotics. Would you like a grain of salt with that?
March 6, 2015 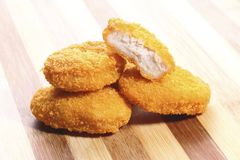